Two years ago, Dutch photographer Frans Hofmeester released a time-lapse video that showed his daughter Lotte aging from birth to age 12. It quickly went viral and since 2012 has earned itself almost 7.5 million view on Vimeo alone.

Now, 104 weeks worth of video clips later, he’s decided to update the video and show her continued growth in a time-lapse that now spans ages 0 through 14.

If you thought people would get sick of watching Lotte grow up, you’d be sadly mistaken. In the five days since the video debuted on YouTube it’s already reached almost one million views and is still climbing as fans of the first video eagerly check the update and the uninitiated fall in love with the idea of documenting your child’s most formative years. 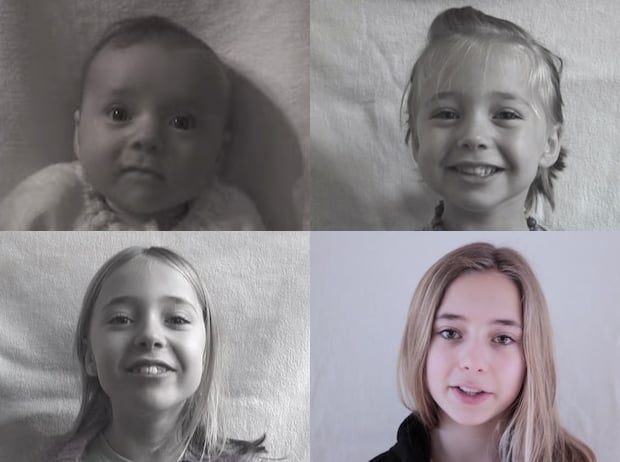 Speaking with The Telegraph, Hofmeester revealed a bit more about how these videos come together, and how his kids feel about them. According to the newspaper, the weekly routine involves 15 seconds worth of video that they didn’t always feel like shooting.

“Sometimes they did not feel like it,” he tells the paper. “Then I said ‘Just one minute. Tell me about your ball game, did you win?’ That way I stalled them so I could complete the shot.”

But the reluctant weeks are the exception, not the rule. The kids — he has made similar videos of his son, Vince — have been involved in “every step,” and Hofmeester says they are very proud of the project as a whole.