Less than six months after releasing their second iteration of their Phantom Drone, DJI is back at it again with another, albeit somewhat smaller, update to what is likely the most-frequently featured quadcopter on PetaPixel.

Dubbed the ‘Vision+’ version, this particular DJI Phantom 2 costs $100 more and features a three-axis gimble (compared to a single-axis on the Phantom 2), doubled the WiFi reach (approximately 2,000 feet), a 50% increase in top flight speed (around 50 feet per second) and the ability for 90º tilt, which will allow you to shoot subjects from directly above.

DJI is also integrating a GPS system into the Phantom 2+, allowing users to create automated flight paths and/or keep it hovering in the same position even if it has to cope with winds of up to 25MPH while it does it. 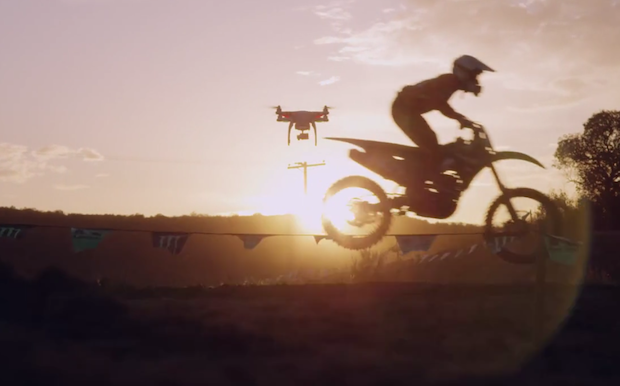 Additionally, DJI also released what will likely prove to be a very useful firmware update for all Phantom drones. This update will allow pilots of the devices to avoid flying in restricted airspace, be it user-generated or federally mandated.

There’s no word on when the Phantom 2+ will make its way to the public, but if you’re looking to test the UAV waters, be prepared to drop $1,300.