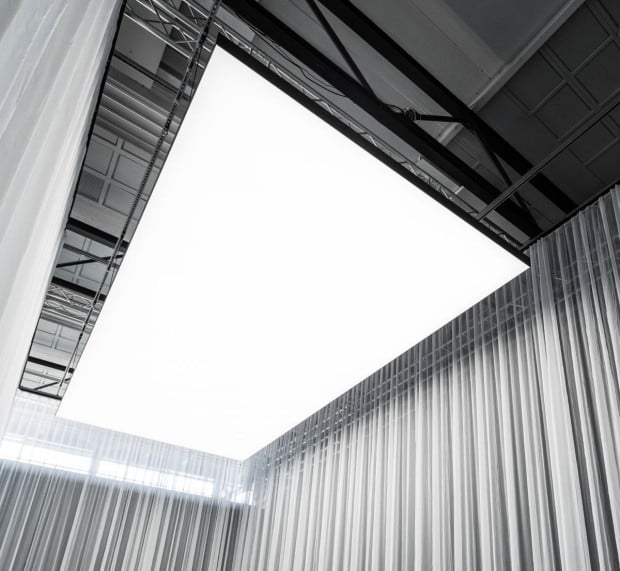 You know those perfectly overcast days, where the clouds just perfectly diffract the sunlight, turning the world into a beautiful, evenly-lit soft box? Imagine if you could have that indoors when trying to shoot a subject.

Now stop imagining, because it’s real. Philips has brought to life the OneSpace, a ceiling made of light, meant to replicate the even light of an overcast day.

Ranging in sizes from a square, 2.4 meter ceiling, all the way up to a 3 meter by 10 meter ceiling, these seamless overhead panels use LED lights within a diffusion cloth to give you the desired look.

Claiming to “deliver glare-free LED light that eliminates shadows completely so you can view objects in their true light” this seems like quite the lighting rig. Set at 4000k, it can be adjusted between 3000-5000k, making sure the white balance is just how you want it. 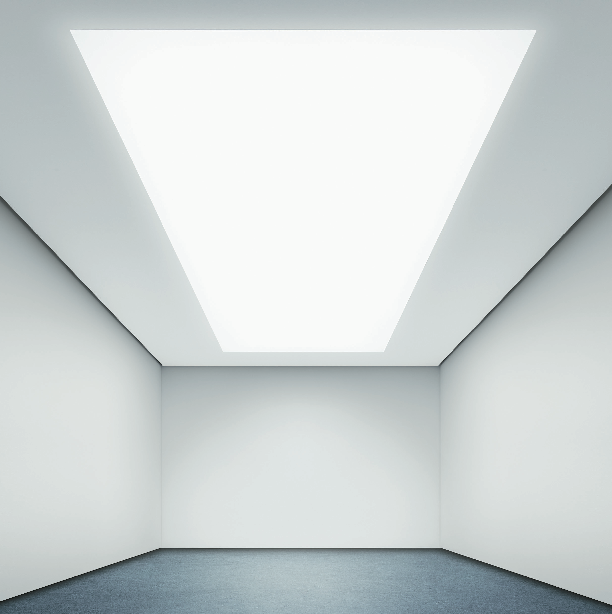 It’s worth noting that these aren’t exactly directed at photographers; rather, they’re meant more for showrooms and the like. That being said, it’s safe to say there are a plethora of photographers who have already lost a few ounces of hydration drooling over this… at least at PetaPixel.

There’s no word on what the OneSpace will cost, but you might want to look into hawking a few organs on the black market if you’d like to get your hands on one down the road.