When trying to perfectly light an object, there’s a method of shooting it inside of an environment called a lightbox — essentially a 360° softbox that emulates the soft, natural, even lighting you would get on an overcast day.

Lightboxes are fairly small in size, meant for lighting small objects for product photographs and so on. But what if it were possible to create a human-sized lightbox for use with people? It turns out you can, and in the BTS video above, photographer Kevin Lynch shows off his version. 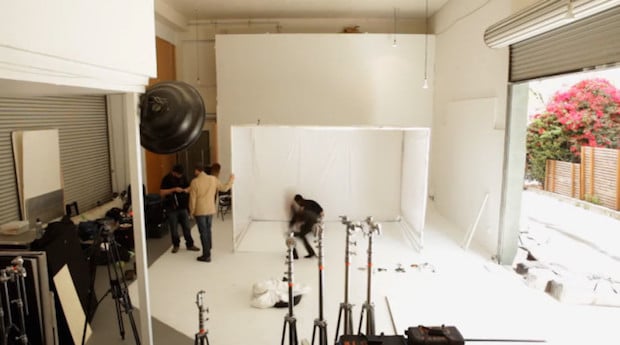 Using some PVC pipe, clamps, fittings, interchangeable fabrics and wheels, Lynch’s creation is a perfectly consistent studio that can be set up and torn down in the matter of a few minutes (granted you have a small team with you). Designed with consistency, efficiency, and portability in mind, the setup gets shown off briefly in this two-minute video alongside collection of work he’s shot inside of it.

Press play, get some inspiration, and be prepared to plan a trip to the hardware store as soon as you’re done. If anyone asks, you’re buying your Dad some power tools for Father’s Day…

Tutorial: How to Properly Pose Subjects in Every Circumstance