In a year already filled with quite a few changes for the social media giant Twitter, two newly announced photo-related features show that the microblogging site is committed to becoming a more visual platform.

First up is the ability to tag people in images you share. In the past, you could do so by @mentioning them, but now you’re able to tag up to 10 people in an image without their usernames counting against your 140 characters. 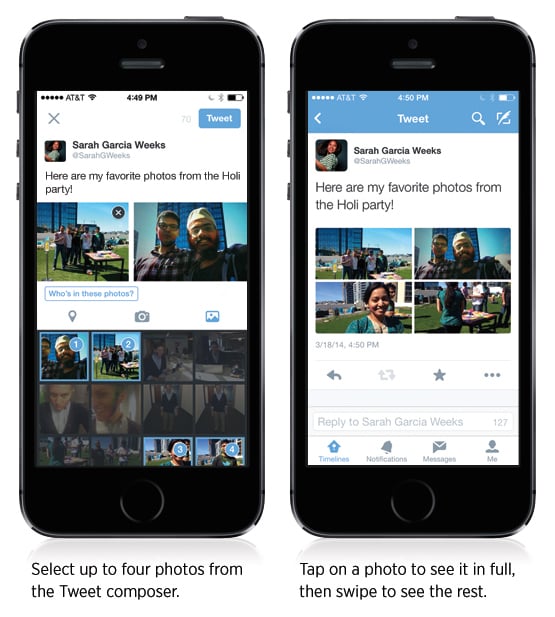 The second change — which will hit iOS first, followed later by Android and the web app — is the ability to add up to four photos to each of your tweets. When adding multiple photographs, a thumbnail collage will automatically be created which, when clicked on, will turn into a full-sized slide show.

As Twitter continues to tweak their tweets, it’s nice to know they’re taking photo sharing seriously. To try out these two very welcome features for yourself, head over to your device’s respective app store.

Tiny, Lensless Sensor May Someday Turn Any Device Into a Rudimentary Camera