If you’re ready to have your mind blown for the next three and a half minutes, go ahead and press play. And keep in mind that the masterpiece your eyes are about to take in was anything but an easy task.

Created by videographer Daniel Stoupin from 150,000 22-megapixel RAW exposures, he put together a 4K masterpiece (despite Vimeo only showing it as 1080p).

That many photos don’t come without some trouble though. Stoupin notes his beloved 7D took a dirt nap pretty early on from the demanding schedule of snapshots, which is almost what happened to Stoupin after the mind-numbing THREE WEEKS it took his poor little laptop to continually process all of the high-res shots. 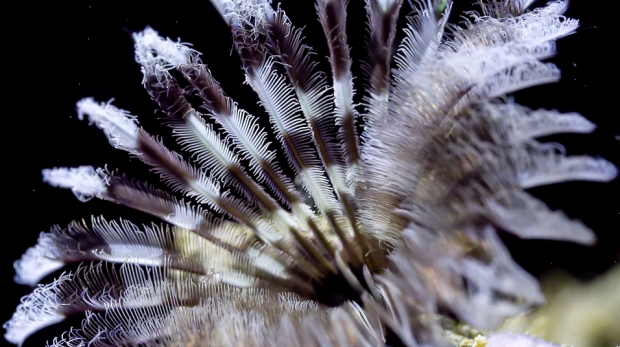 Why so many images, you may ask? Because each frame of the video consists of 3-12 focused-stacked stills. And when focus stacking that many 22-megapixel RAW files, every single frame can take as long as ten minutes to process.

In addition to the Canon 7D that bit the dust, the video was created using a 5DMIII, an MP-E 65mm f/2.8 1-5x Macro, a Cognisys StackShot for focus stacking, three different lighting rigs and a collection of computers running Photoshop CS6, Zerene Stacker, Helicon Focus and Sony Vegas.

It took Stoupin approximately three months to produce each individual minute of the video from beginning to end, but it’s safe to say that the nine-month ordeal was worth it. The results defy proper description and the macro approach gives us a look at some incredible creatures in a way we would otherwise never see.

From Prep Work to Post-Processing: An In-Depth Star Photography Tutorial