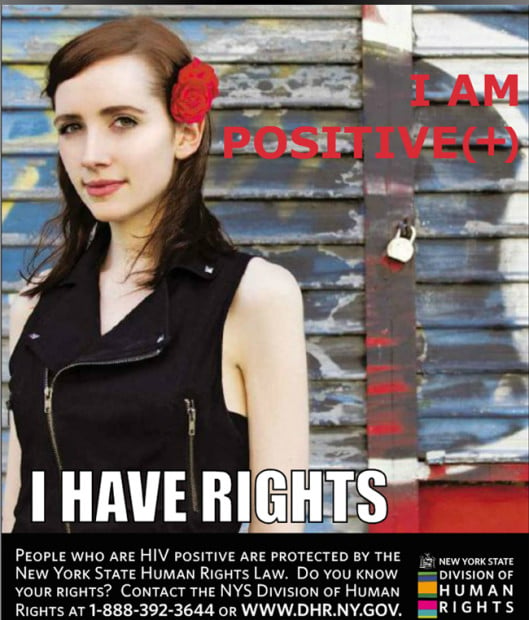 Several months after model Avril Nolan sued stock photography giant Getty Images for displaying her portrait and licensing it to the New York State Division of Human Rights for an HIV-related advertisement, a judge ruled the lawsuit will be taken to court rather than dismissed as Getty had hoped for.

As noted in our article from September of last year, Nolan’s portrait was used in an advertisement which stated “I Am Positive (+), I Have Rights.” The ad insinuated that Nolan, a healthy 25-year-old woman, is HIV positive.

According to the New York Daily News, Nolan seeks $450,000 in damages, claiming that the ad has led to a heap of emotional distress and many an “awkward conversation” with clients of hers (she’s a PR rep) that read the publication the photo appeared in.

But the real question here is: “who’s to blame?” Is it Getty for licensing out the images, or does the fault lie with the photographer Jena Cumbo, who admitted she “made a mistake” and wasn’t completely aware of her contractual agreement with Getty?

The issue lies in the fact that Nolan never signed a model release for her image(s), which in New York is required if the photos are to be used for the sake of advertising. Getty released the following statement back in September:

We empathize with and understand the sensitivity of Avril Nolan’s situation. Getty Images had a model release and relied upon the photographer’s documentation when we made the image available for license.

In hopes to get the case dismissed, Getty’s scapegoat for the lawsuit was that the image use fell underneath the “First Amendment and other grounds,” and that if Nolan sued anyone it should be the State of New York. However, the judge made clear this week that the reasoning doesn’t hold up, and the case will have to go to trial.

What are your thoughts? Let us know who you think the guilty party is by dropping us a line in the comments.

Update: After speaking further with Ms. Cumbo, we have reverted to the original wording of the article. Thank you to everybody for your feedback.

A Thorough Video Guide to Using a GoPro with a Quadcopter