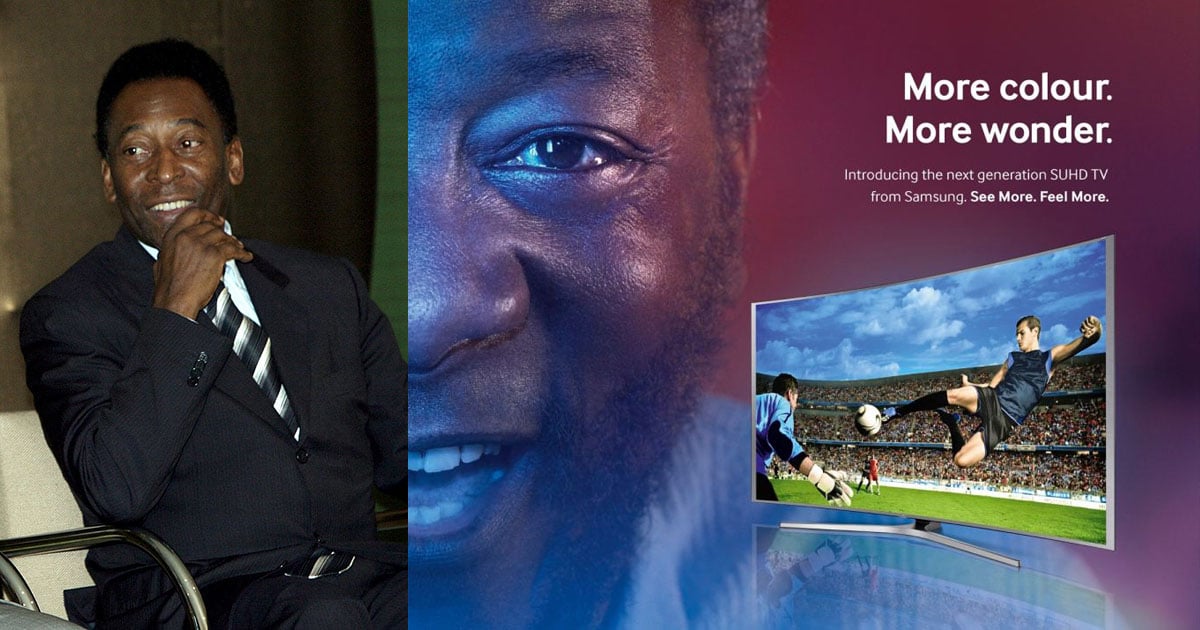 Brazilian soccer legend Pelé, widely considered the best player ever, has filed a $30 million lawsuit against Samsung. He claims that the company used a photo of someone who looks like him for an advertisement.

The 75-year-old Pelé says that the Korean company walked away from negotiations in 2013 regarding using Pelé to advertise its electronics.

Samsung then proceeded to place a print advertisement in the New York Times that featured a photo of a different model who “very closely resembles” the soccer star, along with a photo of a soccer player doing a “modified bicycle or scissors-kick, perfected and famously used by Pelé,” the complaint states.

The lawsuit also states that the advertisement hurts Pelé’s endorsement value and tricks the public into believing that he had endorsed Samsung’s products.

Pelé is now seeking at least $30 million for the unauthorized use of his identity in the photo, and to prevent this type of use from happening in the future.

(via Reuters via Engadget)