Update: Mr. Hamilton has gotten in touch with us to tell his side of the story, filling in some of the missing pieces that help explain his actions. Read the full update at the bottom. 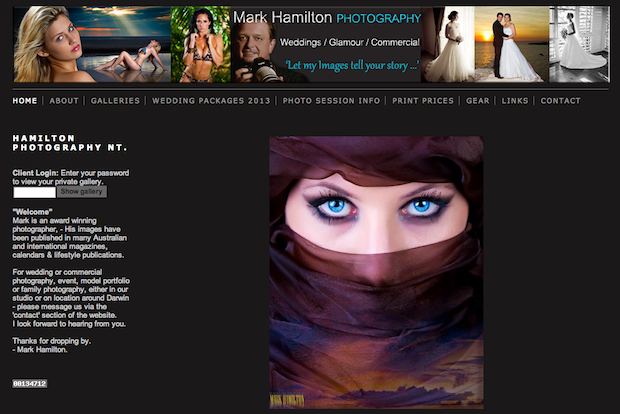 Think before you post. This should be the message greeting all of us when we open up our social network of choice. Before we get a chance to do anything else, a big bold ALL CAPS message reminding us that our social media comments have consequences should appear front and center.

Maybe if they had, Australian photographer Mark Hamilton wouldn’t be embarrassed, apologizing for a Facebook tirade in which he threatened to release racy photos of a model because she had ‘liked’ a post that insulted him.

Reading that last sentence, you might think we’re click-baiting you and that this story isn’t quite as inflammatory as it sounds — but we’re not, and it certainly seems to be.

The whole mess began when Hamilton took to Facebook to berate the Darwin modeling agency for allegedly not booking their models paid work. That was met with a reply by a modeling director who called Hamilton a “an absolute f***wit,” a post that Darwin Cup Carnival ambassador Kahlia-May Gepp ‘liked.’ 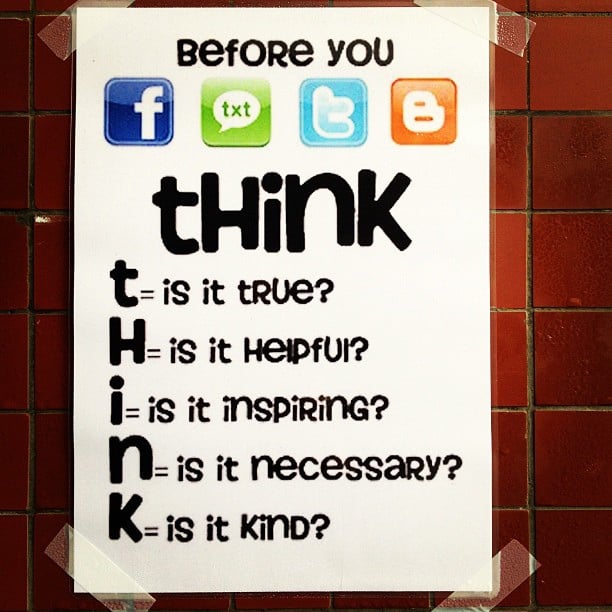 Hamilton didn’t take kindly to the ‘like,’ and immediately unleashed a profanity-laced tirade against Gepp in which he threatened to reveal unflattering and racy pictures of her to the world. Here are the highlights, from both public and private messages, as reported by News.com.au:

In the clarity that often follows such comments getting international media attention, Hamilton has apologized. He explains that he was ‘cranky,’ had ‘had a few beers,’ that he doesn’t condone any sort of cyber-bullying and that he has no defamatory photos of Ms. Gepp in his possession.

Whatever the case may be — and Ms. Gepp confirms that she has never posed full frontal topless for him or any other photographer — many see Mr. Hamilton’s actions as a step-by-step tutorial on how to destroy a career, and we have to agree with them.

A Reddit user familiar with his work and reputation explained that he is the go-to glamour photographer in Darwin, but it’s hard to imagine any models or agencies jumping at the opportunity to work with him until long after this story has blown over… and maybe not even then.

Let us know what you think of the whole fiasco in the comments down below. We have reached out to Mr. Hamilton for comment so that he might have a chance to tell his side and defend himself, and will update this post as soon as we hear back from him.

Update: Here is Mr. Hamilton’s response to our request for comment, reprinted in full:

This is the story, that the NT news didn’t listen too at all.

The model, Kahlia is a girl I’ve helped for years totally for free — magazine shoots (for Darwin life as model of the month, and a front cover, monsoon shoots, Bikini Calendar girl — it just go’s on and on…)

There is a makeup artist in town called Angie, who teamed up with Renee Bashford (whom I’ve never met), and former Kiss models. Angie asked me to do photoshoots for her with some of her models. I did two shoots (a couple of years ago) and Angie was such a control freak I hated working with her. From then on I refused to do any more shoots with her.

She has had it in for me ever since, as my photography work continued to garner more attention.

Anyway, Kahlia ‘Liked’ this abusive post from Renee calling me a f***wit and crackhead (see below… also worth noting, I don’t do drugs). And I asked her ‘WTF”?? She (Kahlia) told me to just let it go, she is a good friend of Renee — and okay… I lost it for two minutes!

I have apologized to Kahlia, but I’m still disgusted at the slanderous post by Bashford.

Me ‘going off at the mouth’ was because I’d advised girls ‘generally’ not to sign exclusive model contracts with agencies in Darwin unless they can offer regular paid work — which they usually can’t. We are Darwin, not Milan Italy or LA. Also, these ‘contracts’ give full control to the agency, and the girls who sign them need the agencies’ permission to do any photoshoot — which is a way of controlling my business, as I shoot a lot of model portfolios.

In regards to the ‘racy’ images, Kahlia had asked me if I minded if she removed two images from Facebook (that she loved) because she felt they were a little on the ‘racy’ side now that she had become the Ambassador for the Darwin Turf club, which I did.

When I lost it at her, I said I would repost them, if that’s how little she thought of me, after all I’d done for her… There are NO rude nude or racy shots at all! No topless… nothing! (as the NT News has implied)

The reporter, Megan Palin, who phoned me — I’d removed Megan ages ago from my Facebook long ago as her reporting always became ‘twisted’ and ‘sensation’ focused — seemed delighted to have a ‘social media’ bulling story. As such, she didn’t listen to any of my side of the story at all.

Attached is the provocative and nasty post from Renee that started all this.

Mr. Hamilton also sent us the ‘racy’ photos. Since reposting them here would go counter to his decision to keep them private, we won’t be publishing them, but you can take our word for it when we say they were in no way lewd, just your typical lingerie shots.

Now that you’ve heard both sides of the story, has your opinion changed? Let us know in the comments.

Image credits: THINK before you by Thomas Galvez

Photog Loses $7,000 of Gear On Japanese Bullet Train, Gets Every Bit of It Back

BTS: What It’s Like Being on DigitalRev’s Cheap Camera Challenge