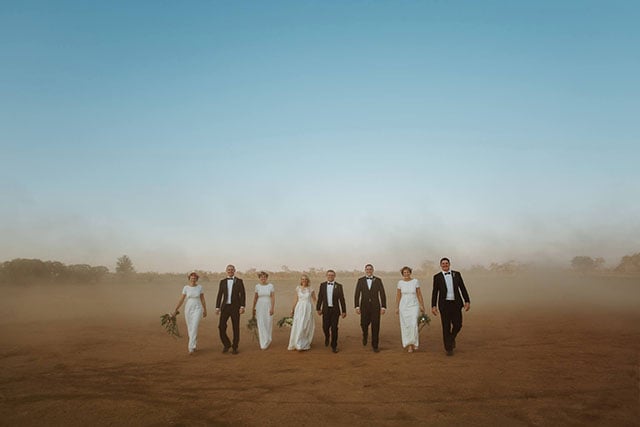 On Monday, Australian wedding photographer Edwina Robertson posted a photo (seen above) on Facebook and made a crazy pledge. For every “share” the photo received over the following 24 hours, Robertson would donate $3 to Tie Up the Black Dog, a charity that helps those fighting depression and mental illness in rural Australian communities.

People took Robertson up on her offer, sharing the photo thousands of times and causing it to go viral. Robertson will now personally donate $14,922, and she has also helped raise many thousands more through crowdfunding.

The viral photo shows a wedding party Robertson photographed a couple of weeks ago after traveling 9 hours to Western Queensland, an area that has been stricken by a severe drought recently. 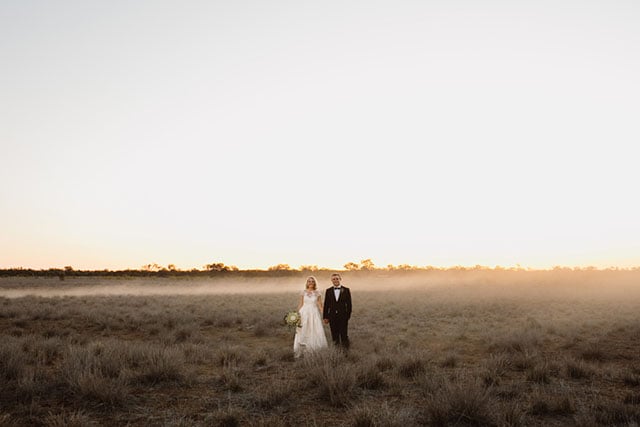 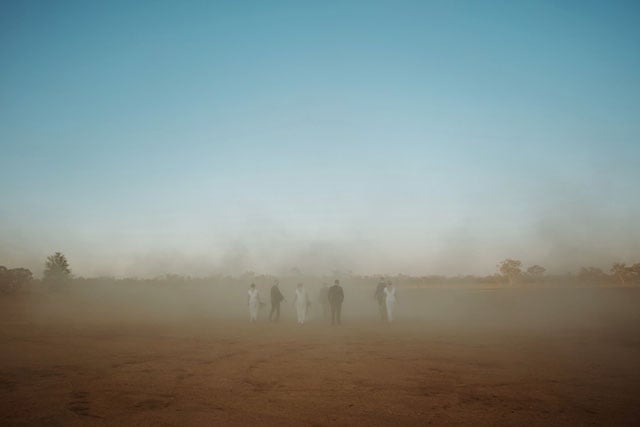 The same week of the wedding, the bride’s family had sold all of the cattle they owned due to the financial hardship of feeding the animals.

“This was far more than just a wedding,” Robertson wrote on Facebook. “This was a community event that touched many.”

“I am only an individual and I only, can’t do much,” she said. “But I can do a little. From now, until 8pm tomorrow evening EST, for every “share” of this post, I will personally donate $3 to Tie Up The Black Dog.”

The photo has since been shared over 8,100 times.

It is no secret that my heart lies within the Australian Outback. If you have ever lived in a rural community you will…

Robertson tells ABC that she thought the post might receive up to 500 shares, not the 4,975 it did at the end of the 24 hours. She may “have had a few heart palpitations,” but she’s committed to following through with her pledge. She says she’ll be donating funds that she had been saving to buy a new car.

“I put it out there, it went a bit crazy, but I wanted to be a woman of my word,” she tells ABC. An additional $32,000 has also been raised for the charity through the crowdfunding site OzCrowd. 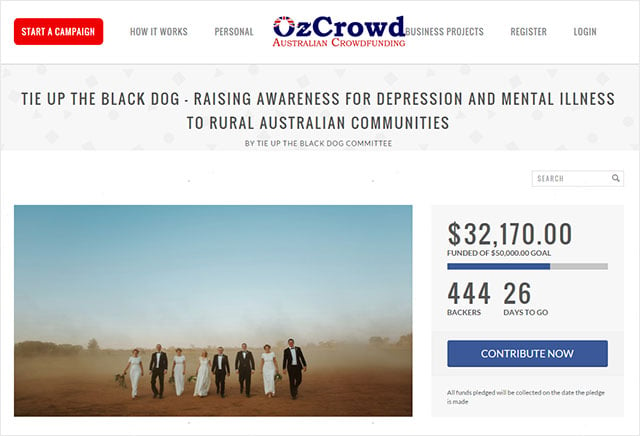 The three ladies who run the charity — all in their mid-60s — wrote a message on their website to thank Robertson for “thinking of others” and for “exercising her enormous passion in such a positive way.”

Image credits: Photographs by Edwina Robertson and used with permission