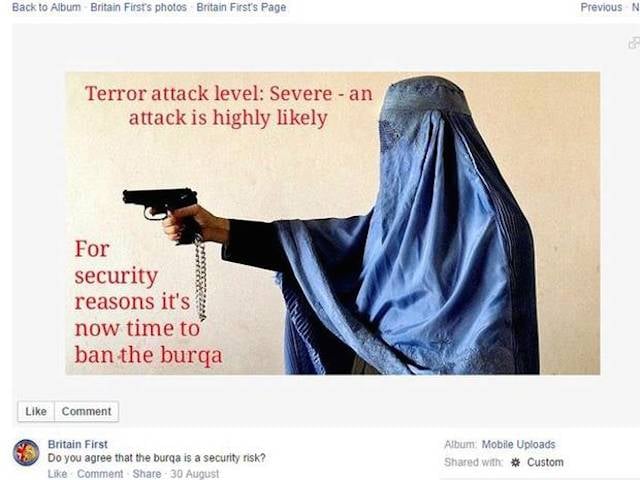 Having one of your photos used by an Australian senator without permission would probably upset you as is, but what if that photo was used in a way that you believed “desecrated” the memory of the subject in the picture?

That’s the situation Canadian photographer Lana Slezic recently found herself in when she saw her photo of Lt Col Malalai Kakar — Afghanistan’s first female policewoman who was killed by the Taliban in 2008 — being used by Senator Jacqui Lambie to push a “Ban the Burka” campaign.

The photograph of Lt Col Kakar was taken for Slezic’s Forsaken exhibit, and appeared on the Britain First Facebook page — and, from there, Senator Lambie’s page — complete with the tagline, “For security reasons it’s now time to ban the burqa.”

Slezic is appalled by the use, telling the Australian Associated Press that, “Everything she stood for, everything she fought for, for herself, her family, her daughters and future of her country, everything has been desecrated by how Jacqui Lambie and Britain First have used this photograph.” Beyond this, she said, it is also a violation of intellectual property.

Senator Lambie, on the other hand, called Slezic’s reaction and the media storm that has ensued, “a gross overreaction.”

Although the original photo has been removed from hers and Britain First’s wall, she wrote on Facebook that, “Far from desecrating her memory, my Facebook post honours her and the deadly struggle against brutal thugs and extremists.”

Getty Unveils Stream, An iOS App for Browsing Through and Legally Sharing Its Image Archive