If we had to name the most exciting camera of 2014 thus far, Fuji’s X-T1 would probably get the nod (although the Sony a6000 is no slouch). Some call it the Nikon Df done right, others are saying it’s the camera that will finally take the X-Series mainstream, but general opinion about this camera seems to be very good.

There’s only one problem… many of those opinions come from people who haven’t had a chance to use it yet. And since a spec sheet and press release can only say so much, The Camera Store and photographer Nick Devlin decided to go hands-on and take you in the field with this exciting new shooter. 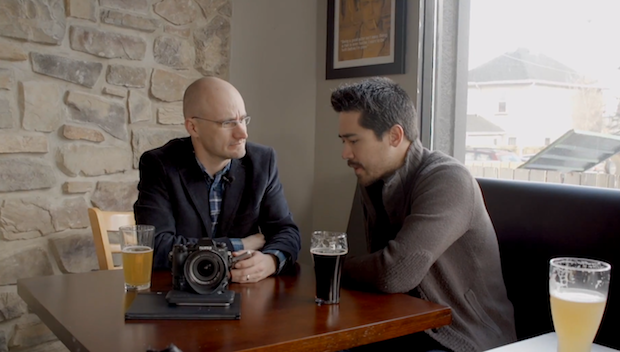 Throughout the video, both Devlin and The Camera Store’s Chris Niccolls offer their first impressions about everything from the massive, super high-res viewfinder (which they love), to the button layout and customization abilities (also love), to the video capabilities (not so much love).

Most impressive was when they tested out the super-fast tracking AF shooting cars from the side of the road. Even while zooming out and following a car that was itself moving towards and then past them, Devlin was very impressed with the speed of the camera and the quality of the shots it produced.

And while not everything is perfect — neither Niccolls nor Devlin were crazy about the menus or a few of the more cumbersome controls — the entire review might be best summarized by a statement Devlin makes at the end: “While the Internet loves to speculate, for once I think X photographers aren’t going to be asking ‘what’s next.'”

Will It Beard: Fun Photo Series of Random Household Items Stuck in a Man’s Beard

DxOMark Takes the Tamron 150-600mm for a Spin, Gets Impressive Results