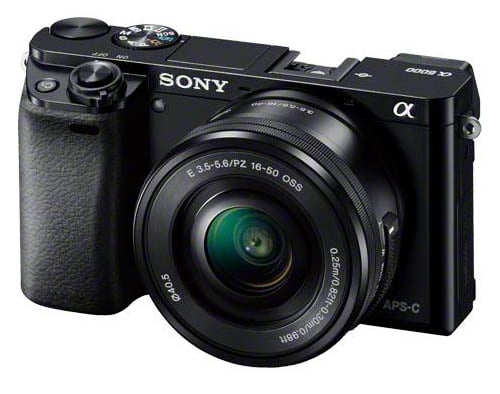 If rumors are true, Sony’s a6000 — the replacement for the NEX-6 and 7 cameras — will arrive tonight around 11pm Easter Standard Time. Of course, that didn’t stop the rumor mill from getting some info ahead of time, so if you want to see some specs and a few pictures, read on. Otherwise check back later tonight.

The images were published by Digicameinfo and DRphotorumor earlier today, and show an NEX style camera without an NEX name. The same sort of thing we saw with the recently announced a5000.

The photo at the top looks to be a product shot, while the image below is fuzzy enough to be a picture of a picture, or just a really low-res file.

Spec-wise, expect this puppy to house a 24.3-megapixel APS-C sensor, Bionz X image processor, 3-inch 921K-dot tiltable LCD, an ‘improved’ RGB filter, hybrid contrast and phase detect focus that will give it the fastest AF of the E-Mount cameras, ISO range between 100 and 25,600 and a built-in EVF not unlike the one on the NEX-6.

Of course, none of this is confirmed info until Sony lets the cat out of the bag press release style, so keep an eye on the site tonight and we’ll be sure to update you if and when the camera goes live.