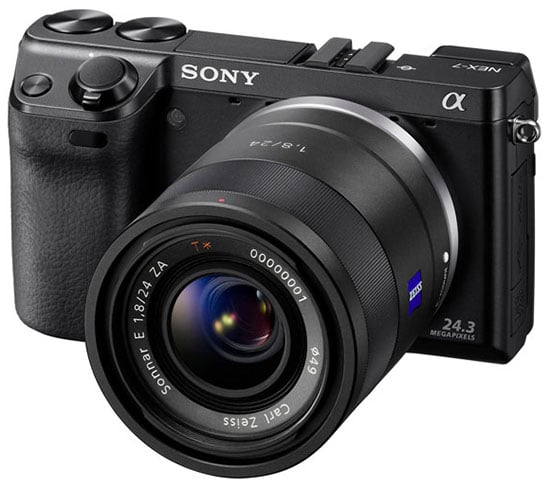 Now that we’re a few days into October, it’s time to start getting ready for some serious camera announcement mania. And, if your comments are to be trusted, the camera that will make the biggest splash will be Sony’s NEX full-frame (or rather full-frames). So here’s a rumor roundup that brings together everything we know so far.

As you probably guessed from that italicized “S” above, Sony is planning on releasing more than one full-frame model — this is 100% trustworthy according to sonyalpharumors. The two models are both E-Mounts and will be announced in mid-October, with one being the cheap(er) entry-level model (price around $2,000) and the other picking up the flagship mantle.

Up until about yesterday, this was all we knew, but now that “mid-October” isn’t that far away, a few other juicy tidbits have come to light. For one, we now know the resolution (again, 100% trustworthy according to SAR) of both cameras.

The cheaper model, which is supposedly named the A7 (nope, not NEX-9), will clock in at 24MP, while the more expensive A7r will tip the scales at 36MP. Both will be pretty speedy, but the A7 is said to offer faster burst mode shooting and “different” AF — make of that what you will.

Finally, the last of what we know has to do with the cameras’ design. It seems Sony is taking a leaf out of Olympus’ OM-D book, putting the EVF for both cameras in the middle and making them both, according to 43 Rumors’ sources, very “OMD-alike.”

For now that’s all we know, but stay tuned as more rolls in. Hopefully before long we’ll have some leaked photos to share with you, and before you know it it’ll be mid-October and the official announcement will be here!