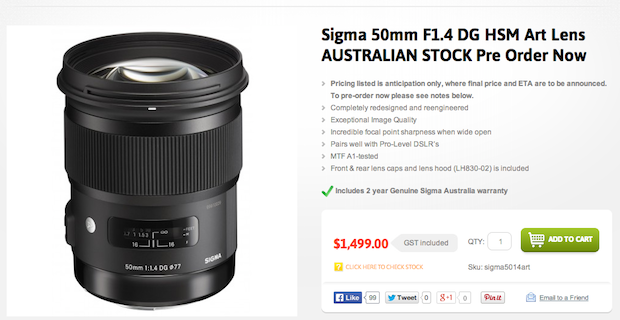 We know Sigma’s recently-announced 50mm f/1.4 Art Series lens is supposed to be good, great even. In fact, it’s supposed to be so good that it competes on the same level as the ZEISS Otus that we’ve heard so much about (and may or may not be reviewing as I type this).

The question on everybody’s mind, then, is “how much will this beast cost?” Thanks to an Australian website, we now have an idea. 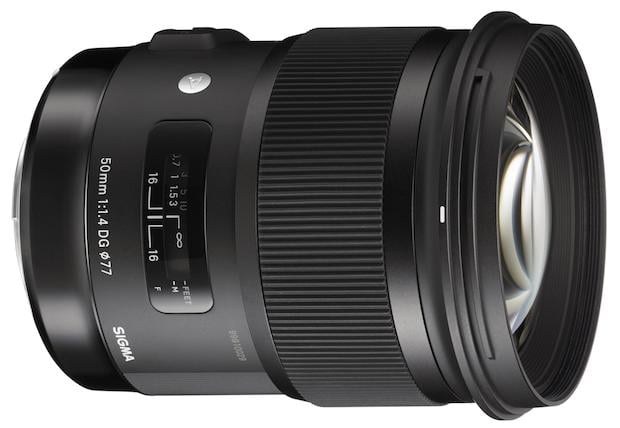 Assuming the site is legitimate (and even they admit this is ‘anticipation’ since no official word has come out), they expect Sigma’s Otus competitor to run you $1,500 Australian, or approximately $1,350 US. Compared to the Otus price tag of $4,000, that’s downright cheap, but it still isn’t as cheap as many of our commenters had hoped/predicted.

What do you think? Is this a reasonable price given that Sigma has outright said their competition is ZEISS and not Canon and Nikon where this lens is concerned? Or should Sigma set their sights a little lower? Let us know in the comments down below.