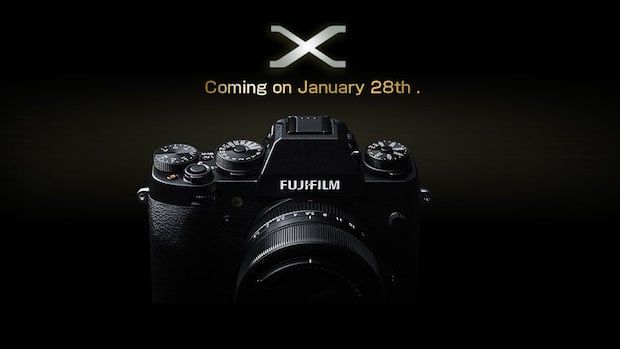 Fujifilm lovers rejoice! It looks like you have a brand new X-Series interchangeable lens shooter coming your way at the end of this month.

The teaser — which you can see above and on Fuji’s website — first appeared in a Japanese newspaper the morning of Fujifilm’s 80th birthday on January 20th (Happy Birthday!), and shows a new retro-styled shooter that adds an ISO dial to the standard exposure comp and shutter speed dials already found on the X-Pro 1. 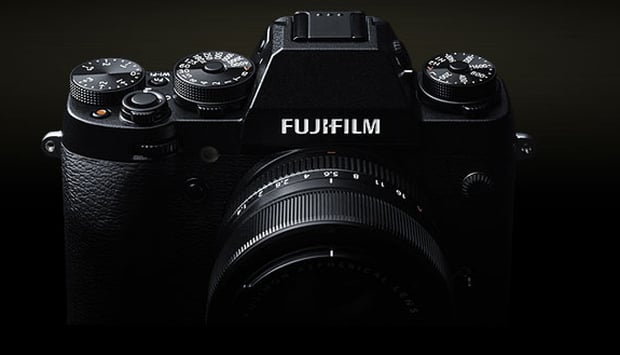 Feel free to speculate your hearts away in the comments. Obviously we can’t see the camera’s model name in the photo, but if you’ve been following rumor sites you’ll know that this is likely the much-speculated-about X-T1.

Fuji Rumors reports that the new shooter will boast a bigger and better ‘incredible’ EVF, 16-megapixel X-Trans sensor II, 8fps continuous shooting with AF tracking, a weather sealed body and a price tag of about $1,800 when it arrives in stores mid-February.

Check out a full list of rumored specs over on Fuji Rumors and, as always, let us know what you think in the comments down below!

Creative Photos of Imaginary Inventions that Will ‘Save the Universe’

New England at Night: An Interview with Bob Avakian