There are all sorts of statistics we can look up to tell us how the photography industry is doing and whether or not smartphones really are going to steamroll the market (spoiler alert: it’s not as bad as some make it out to be). One source of information that probably doesn’t cross your mind, however, is Amazon’s Most Wished For lists.

Where statistics on cameras shipped give us an idea of what the companies want, Amazon’s list gives us a glimpse of what the customers want, which might just be a good indicator of how the big players in the industry are really doing.

This idea struck me as I was browsing Amazon’s Most Wished for Lists a few days ago and noticed that, at least where consumer cameras are concerned, the big two are struggling. To anybody familiar with the photo industry, this is common sense, but here was a source of information that tells us exactly what consumers are “wishing” for — and it clearly shows that, for once, they aren’t wishing for the newest thing. 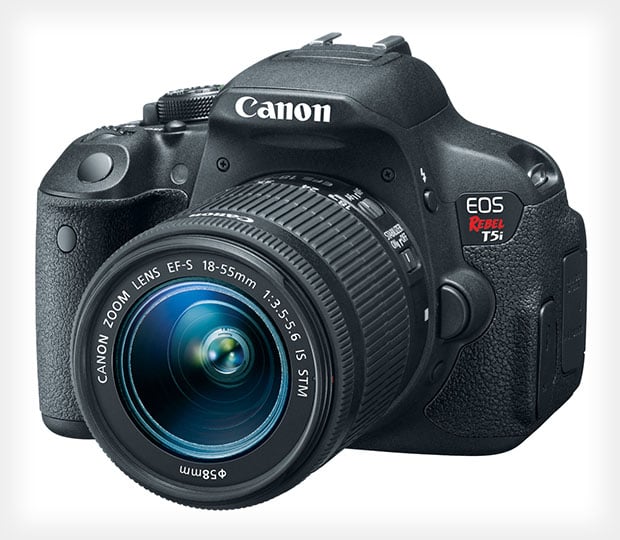 In fact, the number one most wished for DSLR (and camera overall for that matter) is the Canon T3i, followed in second place (and third place overall) by the T3. Nikon, likewise, made the DSLR list at number 3 (overall at number 7) with the D5100. It’s sad confirmation that the big two haven’t managed to entice consumers for two whole generations.

Of course, it’s not all gloom and doom. The SL1 makes the DSLR list at number 4 (14 overall) and the 70D takes number 7. But that just further proves my point: the companies do well when they innovate. The SL1’s size was a big deal when it debuted, and the 70D’s dual pixel AF made quite a stir. How much does the T5i have to recommend it over the T4i… or the T3i for that matter? 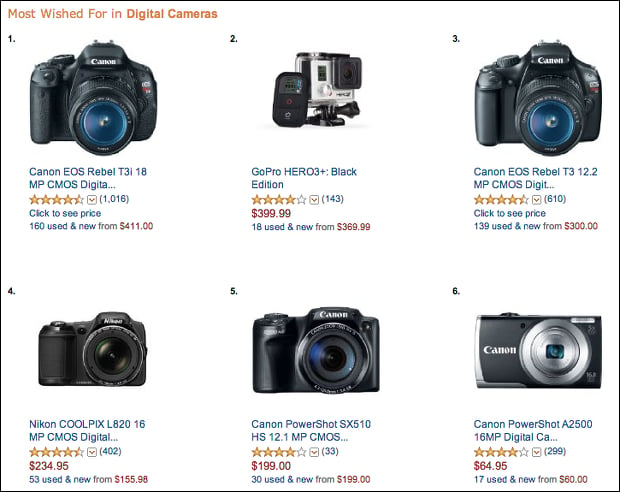 So yes, the big two rule this list. In fact you have to go all the way back to number 27 to see another company’s DSLR on the list (the Sony A3000). But how much longer will that last? How much longer can the big two ignore the consumer market before mirrorless cameras begin to steal their thunder in earnest?

Maybe they have given up, deciding to focus on full-frame and prosumer grade APS-Cs when it comes to DSLRs — but if they haven’t, the time has come to innovate.

Video: Reuters Reviews the Best Photos Captured by their Staffers in 2013