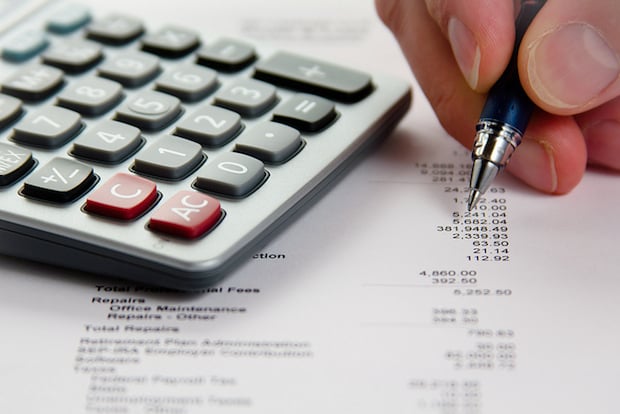 With every passing year, the digital camera sales dataset offered by the Camera and Imaging Products Association (CIPA) grows more comprehensive. These records are made available to the public by this coalition of camera manufacturers which includes Nikon, Canon, Fujifilm, Sony, Sigma, Ricoh, Olympus, and dozens of other recognizable brands. Since 2002, they’ve been improving and increasing the scale of their database, which now separates digital cameras into fixed-lens, mirrorless and DSLR categories, and reports sales figures for different regions.

It sometimes seems that commentators are primarily interested in the CIPA data to prove just how far up a creek camera manufacturers are so far this decade. But these depressing pronouncements are just scratching the surface. Here’s some other things the data shows:

I’m sure you must have heard: compact cameras are dead. Dead as a doornail. Dead as a snowman in July. Dead as a CMOS sensor at a laser light show.

There’s a lot of truth to that: shipments of fixed lens compacts declined by about 40% between 2010 and 2012 (ouch), but that doesn’t mean the compact camera market isn’t still important to manufacturers.

Four out of every five cameras shipped around the world by CIPA members in 2012 were fixed-lens compacts, and while that figure will almost surely be smaller over 2013, sales figures for this October (the most recent available month) still show compact cameras accounting for 70% of units shipped worldwide. Figures for shipments to the Americas and Europe showed an even higher proportion of the same (75% and 74% respectively). In fairness, those figures apply to units, not revenue. Interchangeable lens cameras, including ILCs and DSLR cameras, brought in 5% more revenue than compact cameras in sales in 2012, and that difference is likely to continue growing. It should be noted, too, that CIPA data can only provide insight into the number of cameras shipped, not sold. But unless you could obtain sales records from all camera retailers worldwide, this is still one of the more reliable ways of tracking the success, or lack thereof, of different camera platforms.

This doesn’t mean that compacts are long for this world, just that manufacturers can’t afford to write them off just yet. While sales of fixed-lens compacts will likely continue to slip, they aren’t quite as dead as some seem to think.

Sometimes it seems like there’s no room for anything but doom and gloom when discussing sales forecasts for the photo industry. Even if analysts are willing to write off the fixed-lens compact market, there’s still good news: while the total number of cameras shipped has fallen off rather dramatically since a peak in 2010,  DSLR sales have shown steady growth. 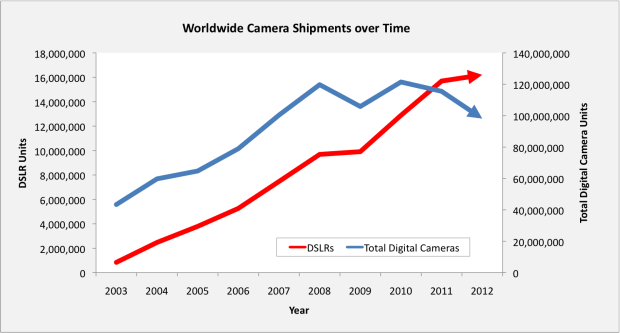 This trend points to a stable market that hasn’t yet been eroded by the smartphones that many conjecture caused the decline in sales for other camera platforms.

The fruitfulness of this holiday season for CIPA members will decide whether or not this trend continues. So far this year, sales for DSLRs are about 15% shy of last year’s up to October (11.6 million units vs. 13.8 million units) and some speculate that we’ll see the DSLR market plateau and drop.

Either way, it seems unlikely that demand for DSLRs will crumble as quickly as it did for compacts, but we’ll find out soon enough.

3. Halloween is for Shutterbugs

Sort of: The top month for camera shipments is October. Over the past eight years, nearly 12% of total annual worldwide shipments are made during October. Other top months include September and November, while January sits at the bottom of the rankings with under 5% of average shipments.

It’s fun to imagine that high October demand is drive by snap-happy skeletons and phantom photographers heading to Halloween parties, but high shipping rates near the end of the year are likely caused by retailers stocking up inventory for the Holiday season. That would also explain low numbers in December and January, when retailers are probably still trying to get rid of old merchandise. 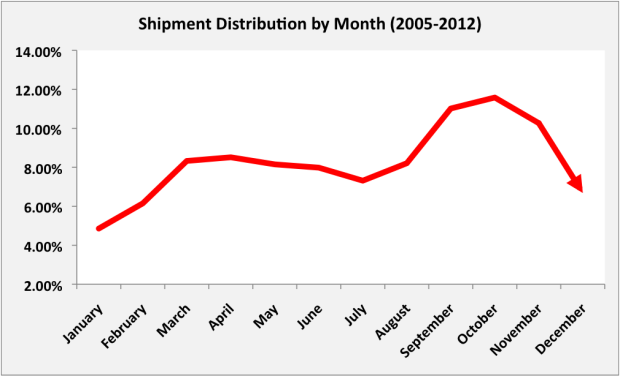 In the age of Amazon, when both Adorama and B&H Photo have well stocked online stores, this probably isn’t that helpful to most shoppers. But if you’re hell bent on getting your next rig at a brick-and-mortar, mom-and-pop camera store, the end of the year is definitely when the most merchandise is flowing.

Much like the type of cameras that sell most successfully, the international distribution of camera sales changed noticeably in the past decade. In particular, the Asian market expanded in a big way. While just 11.2% of cameras produced by CIPA members were being shipped to Asian countries other than Japan at the start of the last decade, that number has more than doubled to 24.2%. Let’s visualize this change: 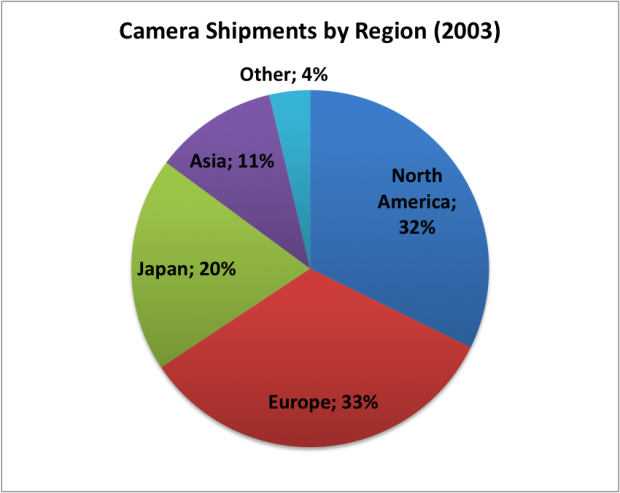 While Asian sales ballooned, sales in the Americas (for which North America is the largest market) and Europe remained relatively constant. Meanwhile, sales in Japan as a proportion of total sales has shrunk by half, from 19.4% to jut 9.3%. If current trends hold, Asia will be the largest market for CIPA members by 2020.

The distribution of sales across these different regions may impact the way that companies direct their product lines in the future. For example, ILC cameras are far more successful in Asian countries than in North America, where consumers tend to prefer DSLRs. If the Asian market continues to grow, or the American market shrinks, manufacturers will be incentivized to shape product lines that cater to those markets. Then again, they may simply choose to introduce tailored products in some markets but not in others.

Ultimately, it’s pretty tough to create reliable future predictions off these sorts of statistics. But, even if they don’t say much about what sort of cameras we’ll be buying in 2020, they’re still a useful tool for understanding the way the market has shifted in recent years. And if one thing is certain, it’s that the photo industry has certainly seen plenty of change in the last decade.