Japanese electronic industry analysis company BCN has published a new report (in Japanese) on the current landscape of the mirrorless camera industry. Using data gleaned from retailers and manufacturers over in Japan, it reports that three companies — Olympus, Sony, and Panasonic — account for nearly 70% of mirrorless camera sales in Japan. Nikon and Canon, both relatively late to the mirrorless game, are fourth and fifth (respectively), with a combined share of 22%.

It also reported on the sales charts for top models as well: 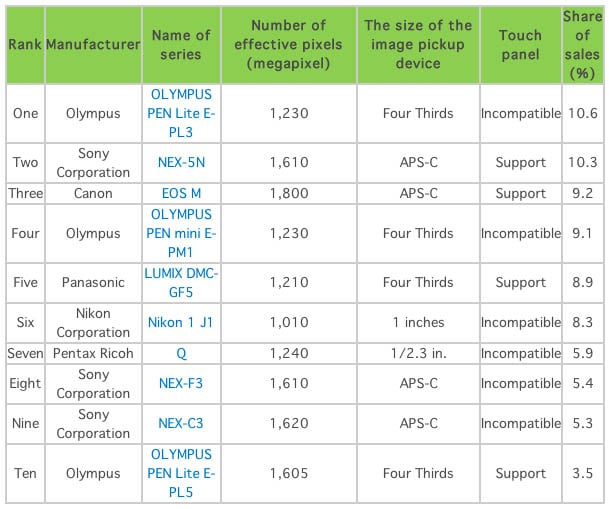 How does this list compare with Amazon’s current sales chart? Take a look: 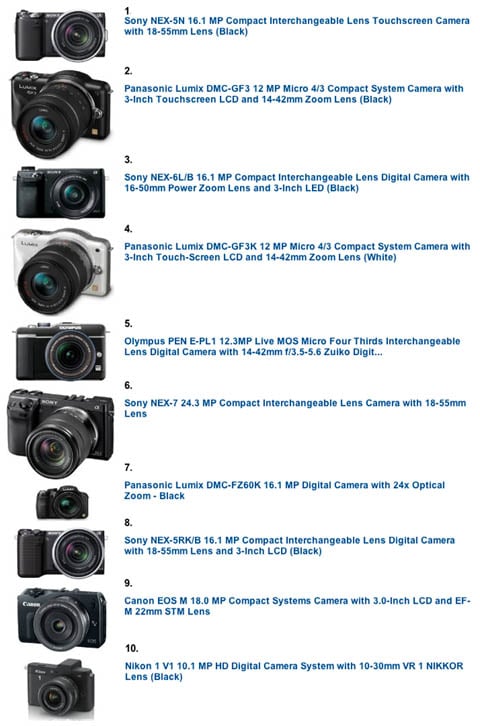 BCN’s chart may be a tad bit outdated and may cover a different period of time, but it’s clear that Sony’s NEX-5N is one of the best-selling mirrorless cameras at the moment.

BCN also reports that mirrorless camera sales are growing at quite a healthy clip, with an annual growth rate that exceeds DSLRs. The mirrorless share of the interchangeable market hit a high point in early 2012 with 52.4% market share, but is currently floating in the in the mid-40s.

(via BCN Ranking via DSLR maniac)

The Big and Empty Apple: A Time-Lapse of New York City Without Humans