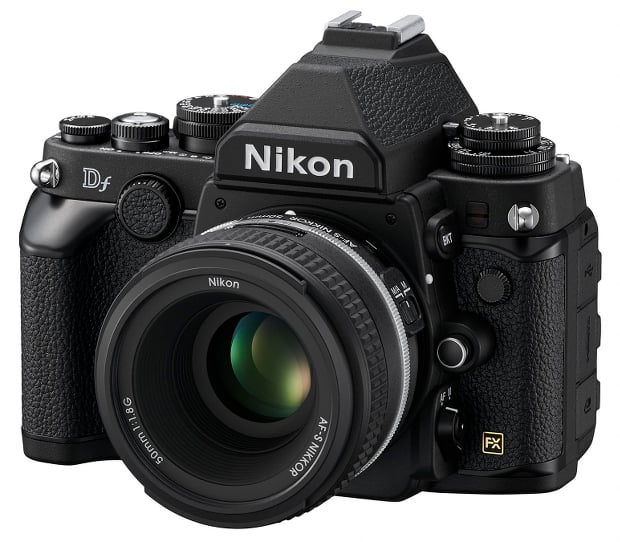 It seems the Nikon engineers had some tricks up their sleeves when they put the D4 sensor inside the new Nikon Df, because while the sensor earned identical scores to the D4 in almost every category when DxOMark put it through its paces, the Df actually BEAT the D4 in the “low-light ISO” category.

But more than that, it beat EVERYBODY in that category, narrowly edging out the previous champion D3s to claim the number one low-light spot among DxOMark’s rankings.

You can see how the camera stacks up to the two aforementioned contenders below: 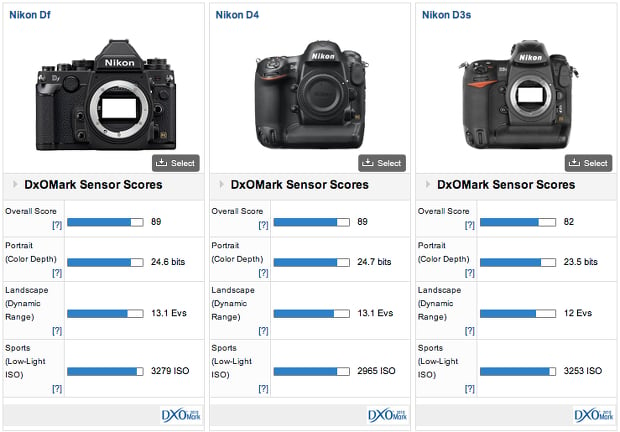 DxOMark was sure to point out that these ISO numbers, and in particular the extremely tiny gap between the Df and the D3s, probably won’t mean much in the real world, writing that it was, “more by luck than judgment [that] it’s ahead of the D3s; though in real world terms the low-light capabilities are the same.”

Overall, the Nikon Df took the 11th best sensor spot with a respectable score of 89 points, and looks to be a decent performer although, to be fair, the $1,600 A7 still beats it in every single category other than low-light ISO, as does the D610: 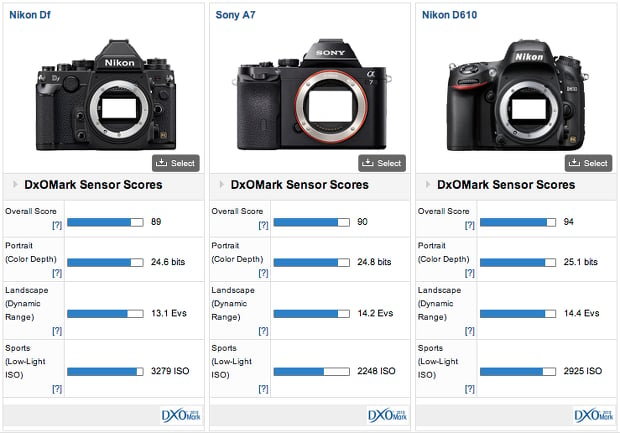 In the end, DxOMark’s conclusion reads much like the thoughts of many photographers we’ve spoken with:

Nikon certainly threw a curve ball with the Df. One the one hand it has the first-rate sensor of the D4 in a much more compact and lighter weight body, but the choice of retro controls appears to be a step backwards…

As it stands, Nikon may find the Df sidelined by both the D800, and the D600, which is a pity as the sensor is a superb performer in low light.

To read the full technical review, be sure to head over to DxOMark by clicking here. But before you do that, let us know what you think in the comments down below. Does the exceptional low-light performance make the Df more tempting? Or do you still believe Nikon overpriced the retro shooter?