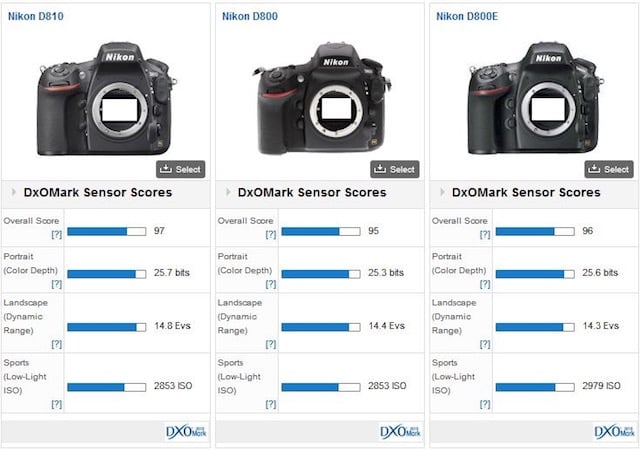 The verdict is in, again. After giving Nikon’s D810 a spin, DxOMark has officially declared the D800 successor the king of sensors. While the improvements to the mid-term update may seem marginally small, DxOMark reports these minor tweaks provide “an excellent result” in improvements.

As the infographic below shows, Nikon seems to be on top when it comes to sensor performance, securing five of the top ten spots, with Sony taking up four of the remaining. The D810 might not be a full-blown update, but it might be worth just enough to hold out for it over the D800 or D800E variety.