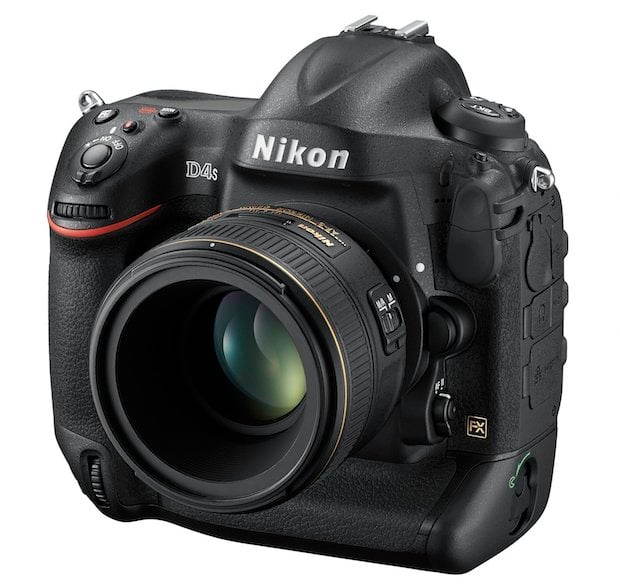 The Nikon D4s is only a marginal improvement on the D4, but that didn’t stop Nikon from touting it as significantly better in low light and faster to boot. The question is, do those claims hold up when you put the camera through its paces?

Well, the DxOMark team did just that, and the results may or may not surprise you depending on how much stock you put in press release boasting.

When you put the three similarly-equipped Nikon full-frame shooters side-by-side, the differences are slight. The D4s only just beat out the D4 in low-light performance — and by “only just” DxOMark means “not that you’d notice in real word use” — while still falling short of the current low-light king: the Nikon Df. 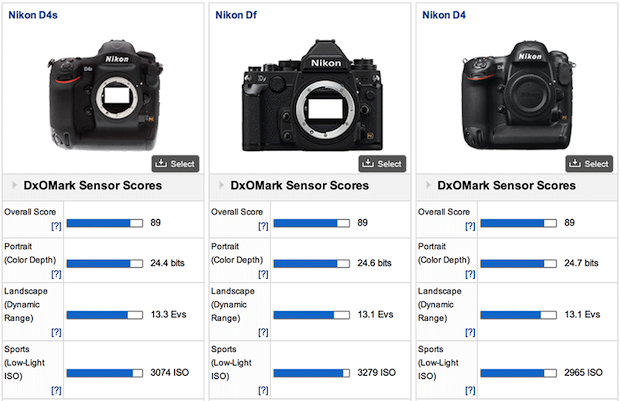 The other main comparison DxOMark did was to pit the D4s against its primary rival: the Canon 1D X. And although Canon lovers might cringe to hear it, Nikon’s flagship full-frame is still outperforming Canon’s in every one of DxO’s categories.

Most impressively, they note that the D4s boasts “a close to +2 stops improvement in dynamic range at base ISO,” over its Canon competition. 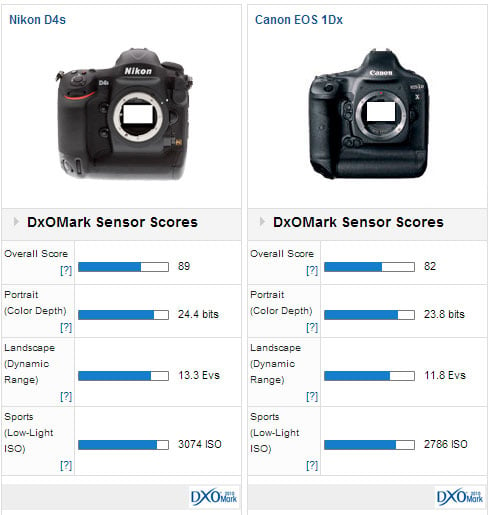 A single sentence in the DxOMark conclusion pretty much says it all when it comes to summarizing these results. “Although some slight gains have been made minimizing shadow noise and expanding the dynamic range, sensor performance is largely unchanged.” And that, folks, is why press releases — much like patents and rumors — ought to be taken with a grain of salt.

(via Imaging Resource and The Phoblographer)