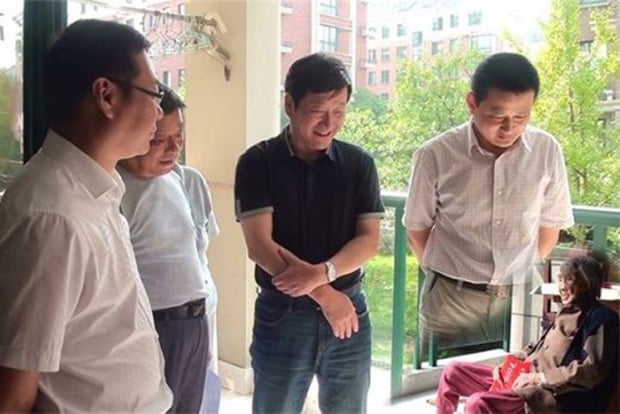 If you’re looking to make an argument for the inherent superiority of Western-style capitalism, consider how difficult it apparently is to find a competent Photoshop jockey in the Communist world.

The latest example comes from the Eastern provinces of China, where what was supposed to be a heartwarming record of regional officials honoring the elderly turned into an internationally recognized example of how not to doctor a photograph.


The image, published on the Web site of the Civil Affairs department for the city of Ningguo and widely shared elsewhere, was supposed to show the city’s deputy mayor and three other officials paying their respects to a 103-year-old female resident of the city. It was subtly captioned:  “Love and consideration for the elderly is a cherished Chinese tradition. They should feel the warmth of the party and the government.”

What the photo actually shows is three of the officials standing on a deck, and one hovering legless in the air, all circled around and smiling at one-third-size replica of an elderly woman. Note also the subtle gradations in lighting between the honoree and the honorers, and the way the porch railing seems to magically pierce one man’s ghostly figure.

The culprit was identified as Xu Feiyu., director of Ningguo’s Aging Office, who explained that he had trouble fitting the government dignitaries and the old woman in the same frame and figured some subtle post-processing work would take care of the problem. “So I put the two pictures together,” he said on state-run TV, according to the Wall Street Journal. “At the time I didn’t think there would be such a big reaction.”

Ningguo officials were not amused. “We have decided to publicly admonish the Civil Affairs Bureau and the person responsible, Xu Feiyu,” read one of several statements on the city’s Web site, reported the WSJ. “We hope all departments will learn a lesson from this incident and be even more rigorous in checking the information they publish. 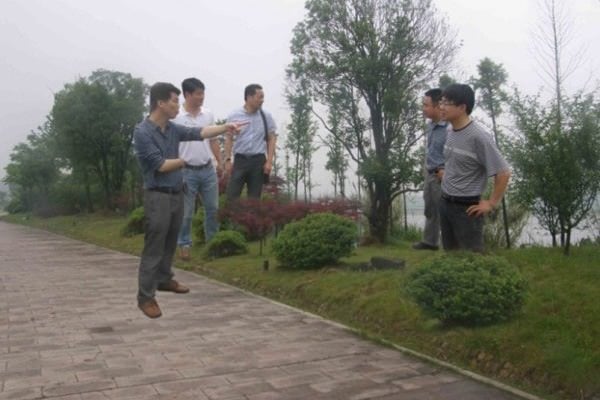 Other notable Photoshop fails from the Far East include a horrible clone-stamp job by North Korea to beef up the apparent size of its hovercraft fleet and an amazing Chinese tutorial on spontaneous levitation.