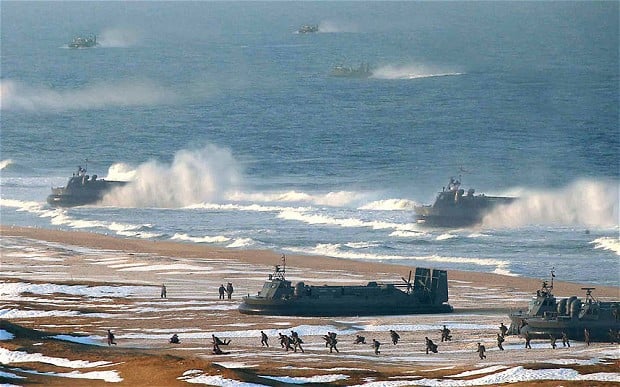 In a recent Photoshop blunder, North Korea’s Korean Central News Agency (KCNA) was caught distributing the above doctored photo of a marine military exercise involving hovercraft. The photo, which was originally distributed to several news outlets, claimed to show the prowess of North Korea’s marine force.

It didn’t take long, however, for several news agencies to start pointing out some anomalies that all indicated the photo had been doctored.

According to The Atlantic, two of the hovercraft seem to have been duplicated and had their twins digitally placed in other areas of the photograph. Additionally, the hovercraft circled in yellow below shows several signs of having been placed there (e.g. no visible wake, soft edges, and a color “oddities”). 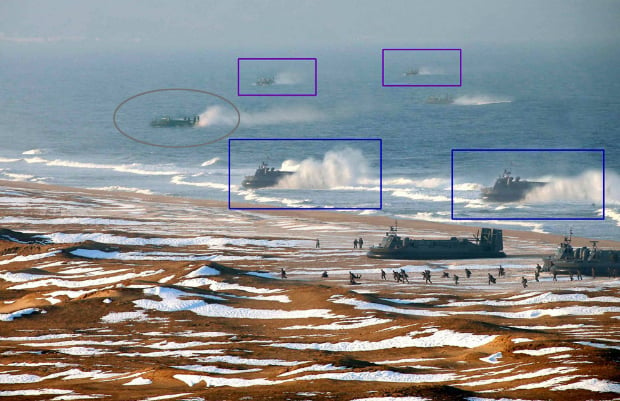 Even though the fake has since been pulled from distribution, Agence France-Presse — who initially distributed the image along with Getty Images and KNS — says North Korea’s fakery is getting better:

Usually a very simple examination with our software dismisses KCNA pictures, but they tend to be better with Photoshop recently.

The photo adds to a string of threats and displays meant to illustrate the country’s military power and readiness to put it to use. But as was the case with the ‘shopped photo of the “state-of-the-art” Iranian fighter jet, these illustrations tend to have the exact opposite effect.

From Hot Type to Bottom Feeders: Adapt or Die as a Wedding Photographer