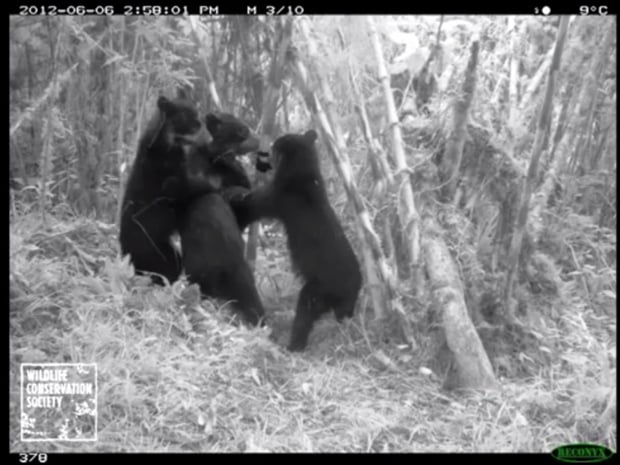 Looks like Kanye West and his ilk aren’t the only ones with paparazzi issues. Newly released images from the Wildlife Conservation Society captured endangered Andean bears repeatedly trying (and sometimes succeeding) to destroy camera traps set up to monitor their behavior.

The heavy-duty Reconyx cameras were set up by WCS scientists to keep tabs on bears and other wildlife in a remote section of Bolivia considered to be one of the most biodiverse areas of the planet.

Seems the bears, however, like their privacy. A sequence of images captured on one of their cameras shows a group of bears pawing at a camera until it’s torn open and dangling from its mount. In another segment, a mother and cubs scratch and bite a camera in a more playful (though certainly not enjoyable for the camera) manner.

“Andean bears are very curious animals,” Lilian Painter, WCS’s Bolivia Country Director, said in a statement. “But they are also very strong, and the cameras are like big flashing toys.”

The Andean (or spectacled) bear is the only bear species native to Latin America. The live mostly in the Andes region, in environments ranging from cloud forests to scrub deserts.

Individual bears can weigh up to 440 pounds — more than enough, apparently, to take on cameras rated for “extreme duty.”