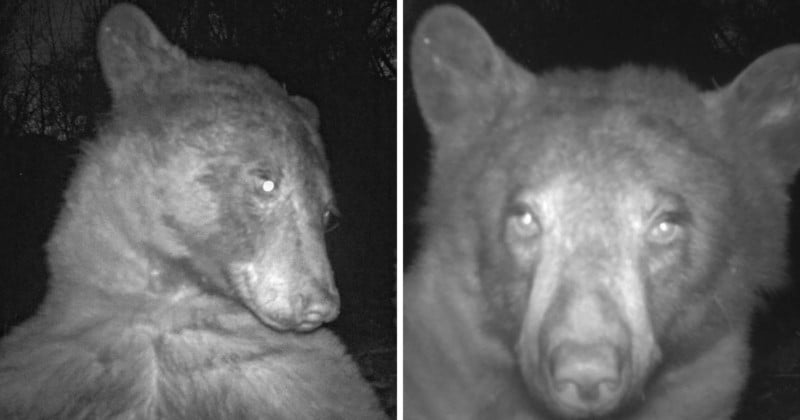 A government agency in Colorado received a surprise recently when it checked on a wildlife trail camera and found that out of hundreds of photos captured, a majority of them were “bear selfies.”


The Open Space and Mountain Parks agency of Boulder, Colorado, uses 9 trail cameras to keep tabs on wildlife across the 46,000-acre land system it oversees. The motion-detecting cameras automatically capture photos and videos when animals wander into the frame.

A couple of months ago, in November 2022, a curious black bear stumbled upon one of the cameras and spent time investigating it. The agency only discovered this after accessing the camera and discovering that the vast majority of photos it had captured had been closeups of the bear’s face — pictures that look like the bear had been snapping selfies during its night out.

“Recently, a bear discovered a wildlife camera that we use to monitor wildlife across Boulder open space,” the agency writes in a Tweet. “Of the 580 photos captured, about 400 were bear selfies.”

Recently, a bear discovered a wildlife camera that we use to monitor wildlife across #Boulder open space. Of the 580 photos captured, about 400 were bear selfies.🤣 Read more about we use wildlife cameras to observe sensitive wildlife habitats. https://t.co/1hmLB3MHlU pic.twitter.com/714BELWK6c

Here are 9 of the roughly 400 “bear selfies” found on the camera: 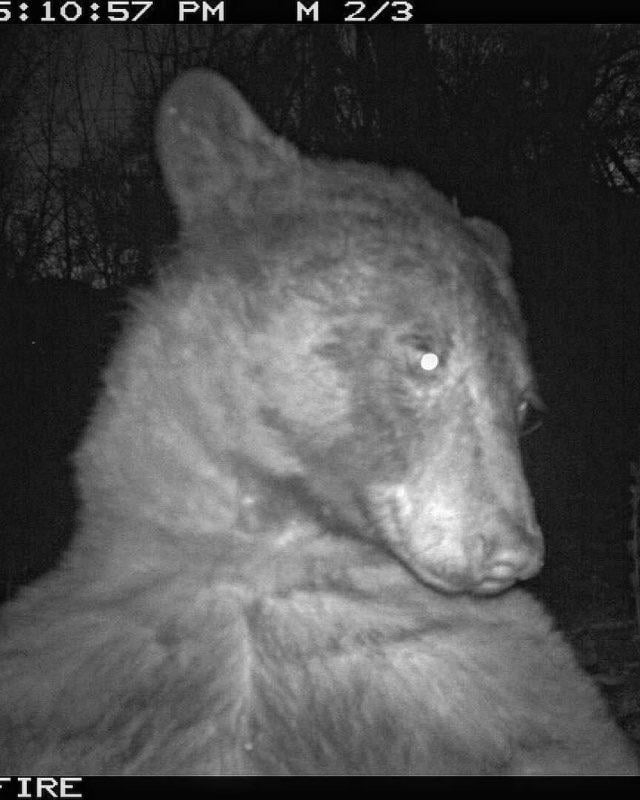 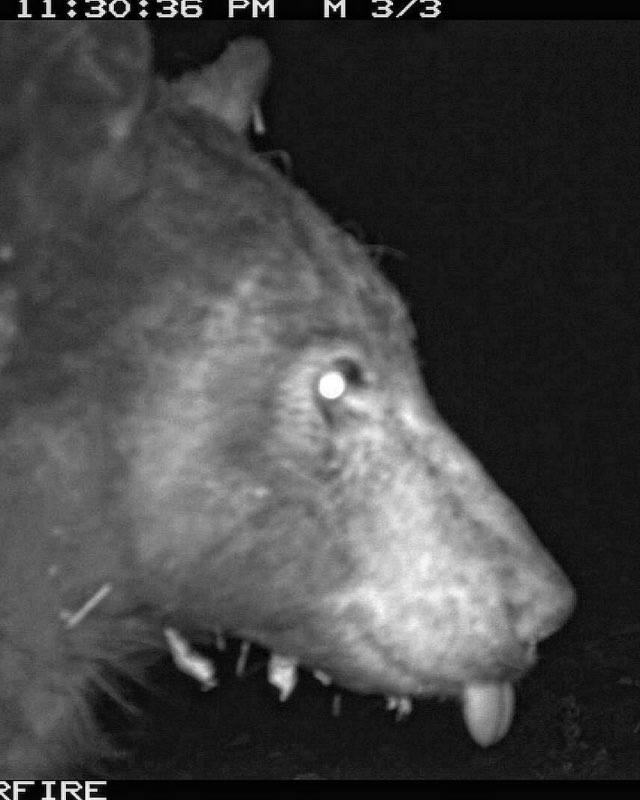 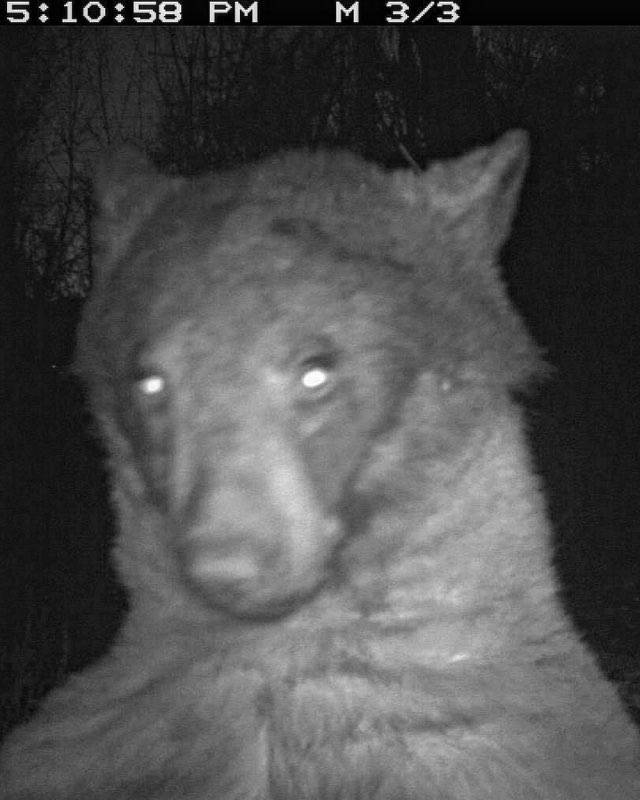 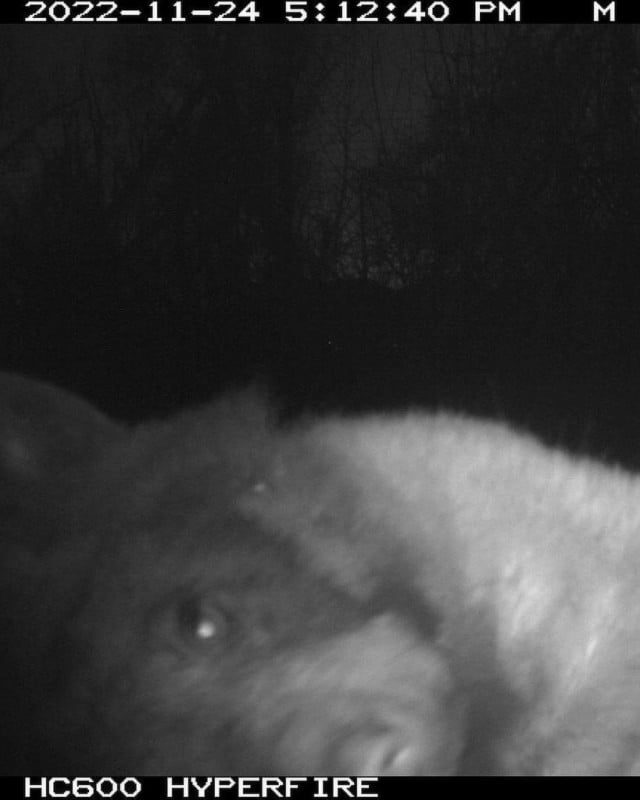 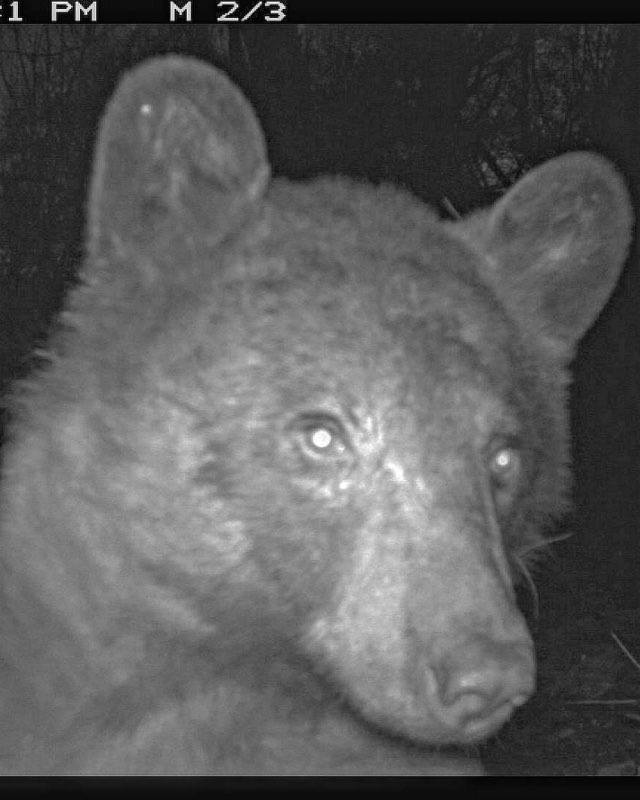 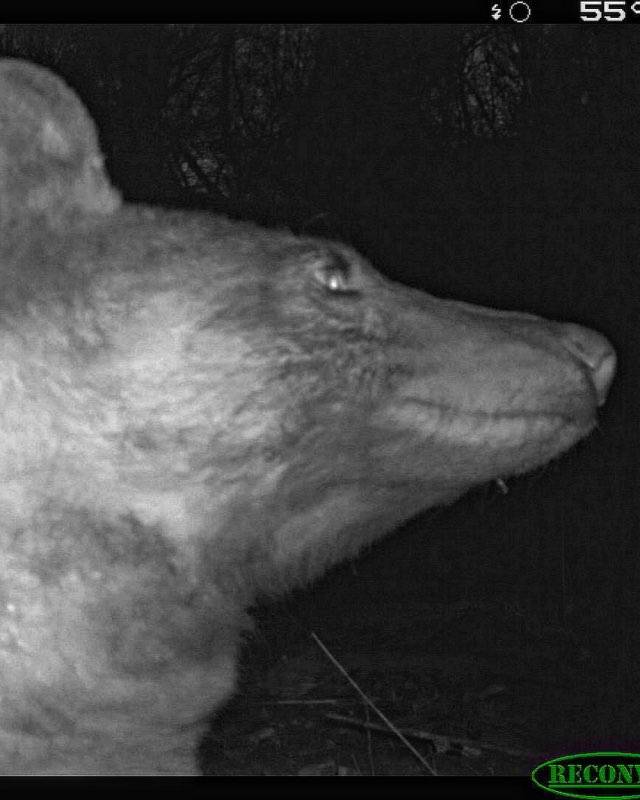 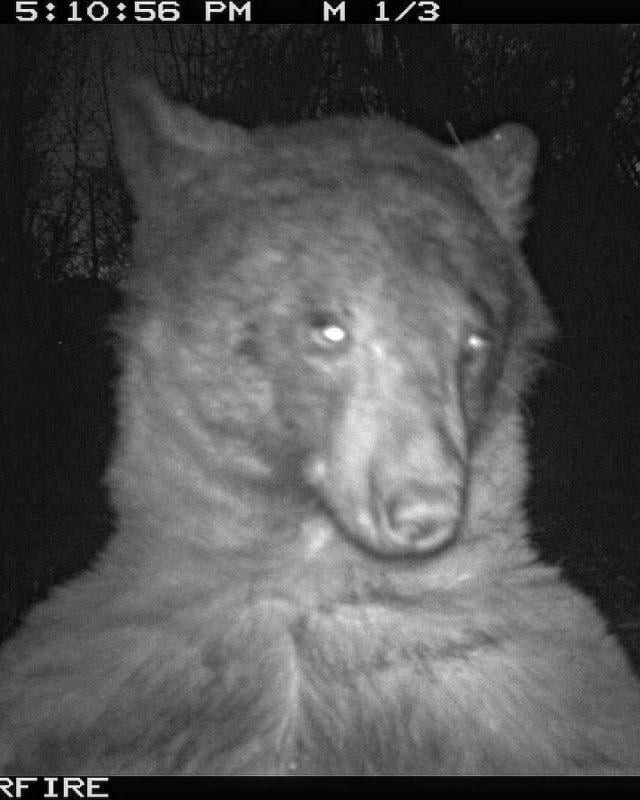 “OSMP wildlife cameras come to life when an animal steps in front of them,” the agency writes. “When that happens, the cameras snap a still photograph. The cameras then have the ability to capture video for 10 to 30 seconds. At night, the cameras use infrared light to create photographs that minimize disturbances to nocturnal wildlife.”

The 9 cameras deployed by OSMP have previously captured animals such as eagles, turkeys, deer, bobcats, and mountain lions.

“Sometimes we put cameras in locations where we think we’ll encounter enigmatic fauna like American beavers or black bears,” says OSMP wildlife ecologist Christian Nunes. “We are fortunate to live in an area with a rich diversity of wildlife species, and these cameras help us to learn what animals are really out there, and what they are up to over the course of a day, a week, or even years.”