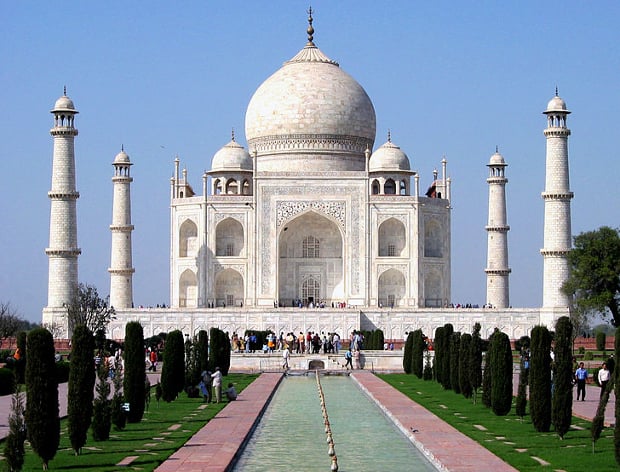 The Taj Mahal is a World Heritage Site, and as such, according to India’s Heritage Act, all commercial activity is banned on the premises. That didn’t faze Miss Universe Olivia Culpo, however, who now faces charges that could lead to fines and jail time for shooting what seemed like an ad for footwear.

According to the Hindustan Times, the 21-year-old Miss Universe’s trip to the Taj Mahal last Sunday evening began normally enough. It was only after she reached the iconic Diana Seat — named for the late Princess Diana — that she began modeling different pairs of pumps for the cameras.

Miss Universe and her shoes were photographed separately and together with the Taj Mahal in the background, violating strict directives that “any branding or publicity on the Taj premises is prohibited,” according to the Times. 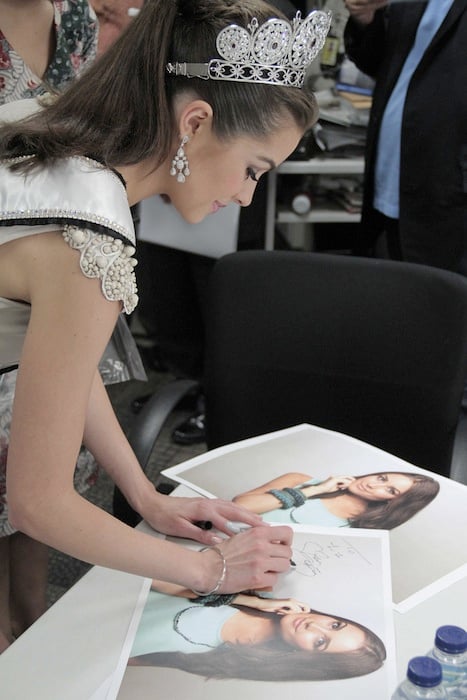 Superintending archaeologist for the Archeological Survey of India, NK Pathak, told the Times that they are launching an investigation. While Police Inspector Sushant Gaur, who received the official complaint from the ASI today, told the New York Post that if Culpo is found guilty of violating India’s Heritage Act, all parties involved could face up to two years in jail and a $1,600 fine.

Culpo left India Sunday night and, according to the New York Daily News, the Miss Universe Organization has issued a statement apologizing for “any unintentional harm our indiscretion and insensitivity may have caused.”

Apparently, the photos and video were shot as part of some “video diaries” the organization puts together for fans. Video diaries that often incorporate sponsors.

Will Future Camera Image Sensors be Made from Bacteria?

There Is No Perfect Lens Test, Either