There are advantages to shooting time-lapses using a cheap point-and-shoot camera — for example, if it gets stolen, you’re not out thousands of dollars — but there is one particular challenge that is difficult to overcome: battery life. If you want your creation to cover any significant period of time, you need a way to keep the camera running.

The video above shows you one way to get around this problem if you’re using a AA-powered camera: just build your own DIY battery pack.

The DIY demonstration was put together by tutorial and tip site Phototuts+, and it shows you how you can significantly extend the battery life of a standard AA-battery driven compact by simply adding a makeshift “battery grip” of sorts. 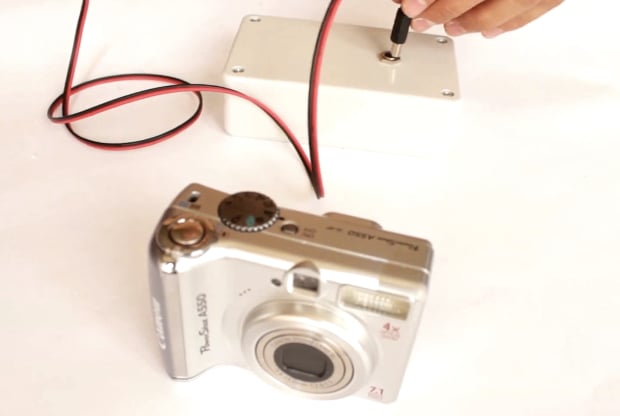 We won’t go into the step-by-step details, since the video covers everything, but you’re basically taking a few AA-batter holders, soldering them together into a pack, and then connecting the pack to the positive and negative poles the camera uses to draw power when loaded with standard AAs.

You need some soldering skills and the guts to crack open the camera, but since we’re talking about a cheap point-and-shoot, that second one shouldn’t be much of a problem. If you have the technical know-how, what you end up with is a connectable battery pack that lets you shoot 6-8 hours straight.

Check out the video at the top for the full step-by-step walkthrough.