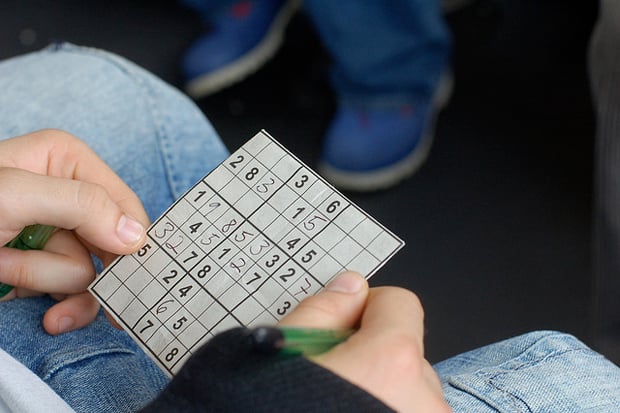 A Malaysian researcher may have dealt a major blow to image thieves by using the mathematical formulas behind Sudoku puzzles to create hidden, super-strong watermarks.

Information security specialist Shamsul Khalid of the University Tun Hussein Onn Malaysia was looking for a more robust way to identify and protect digital images when he realized a flexible mathematical base was staring right at him from the newspaper puzzle page. The puzzles defeated 94 percent of image-stealing bots, with reliability increasing further when puzzles were expanded to a 16×16 grid. Current anti-cropping watermarks top out at around 75 percent reliability.

Khalid presented his research in a paper published by the International Journal of Grid and Utility Computing. No word yet on when or how the technology might be incorporated into a usable product.

Athletes Among Us: Pics of Professional Athletes Playing at Life