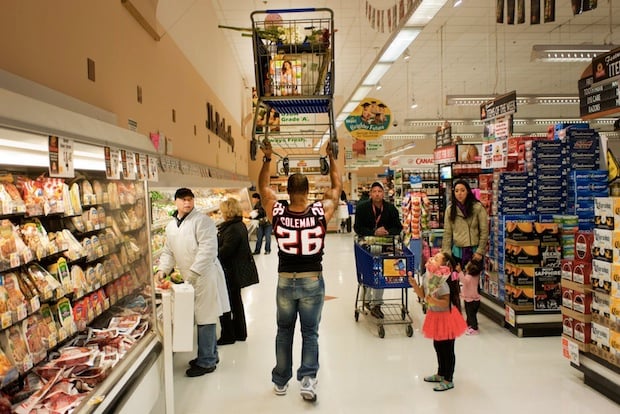 What do you do when your last photo series went viral and earned you numerous awards and accolades? Well, if you’re Jordan Matter, the photographer behind the wildly popular photo series and book Dancers Among Us, you move on to the next great idea.

For him, that means taking the original idea and tweaking it a bit. First he did Dancers Among Us, now he’s capturing the dedicated and passionate lives of those professional Athletes Among Us.

Here’s a quick behind-the-scenes look at the project so far:

After the Dancers Among Us photobook earned several “Best Book of 2012” awards and a spot as a New York Times Bestseller, Matter decided it was time to move on to the next project. Naturally, he wanted to expand on the idea that was so popular it was even the inspiration behind a marriage proposal — the question was “how?”

A self-proclaimed “shy, skinny kid with bright red hair and a funny name,” Matter was the target of quite a bit of cruel bullying as a child, who found solace in his baseball bat and daily practice sessions with his father. He went on to have a successful college baseball career, but the lessons he learned were about dedication.

Those lessons are a big reason he decided to shoot this series as a followup. “Athletes Among Us is not a book about sports. The athletes are a physical representation of dedication, but their drive can be applied to any field,” writes Matter on the project’s website. “These photographs illustrate that even when athletes are not competing, they are living and breathing their passion.” 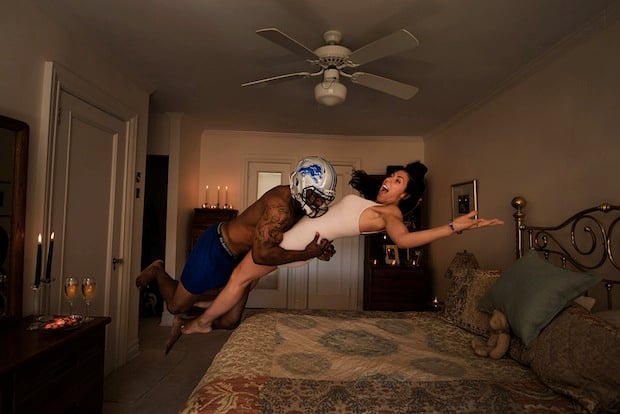 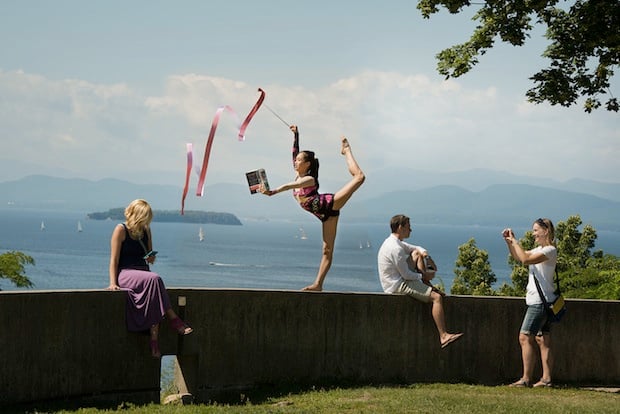 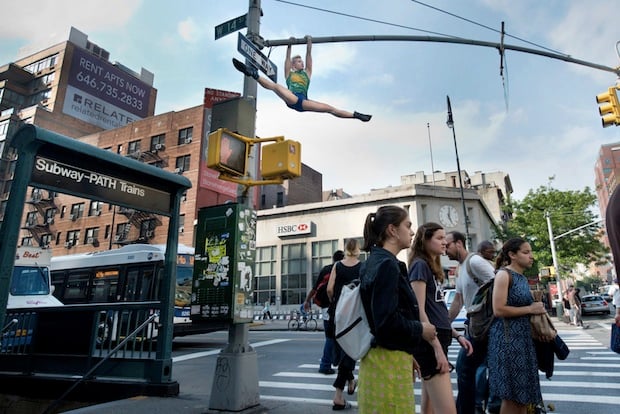 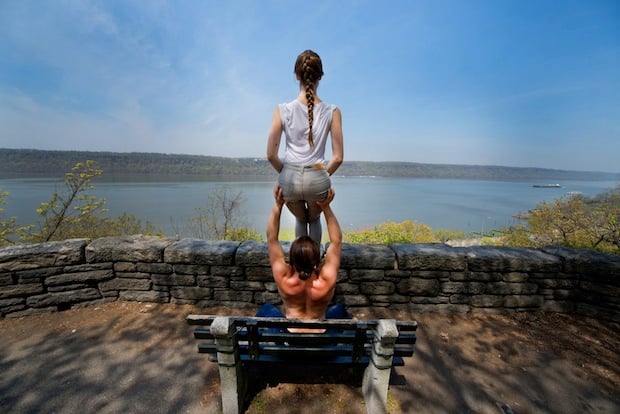 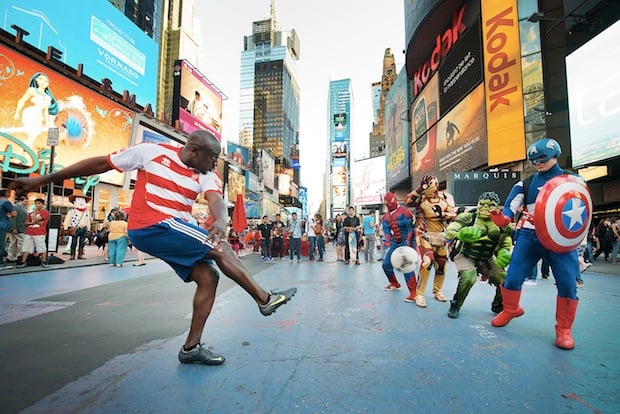 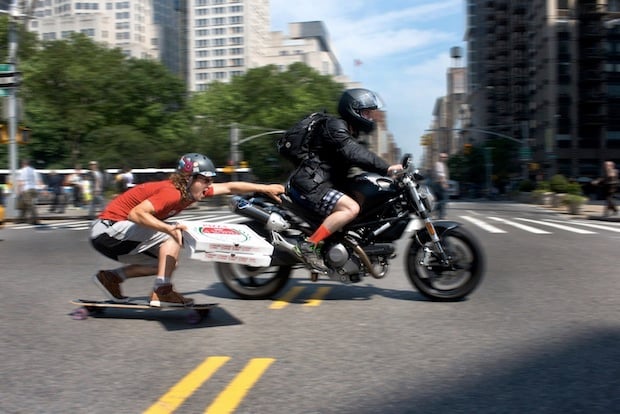 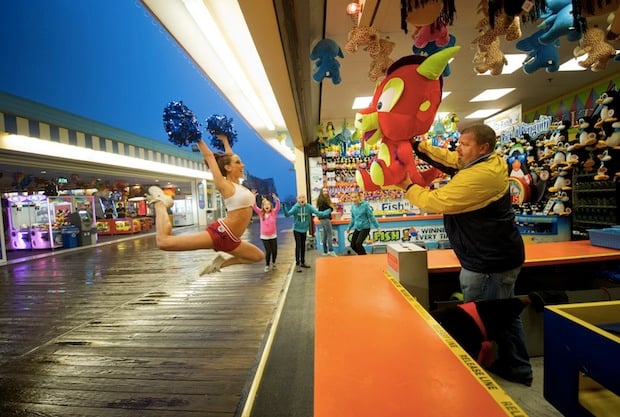 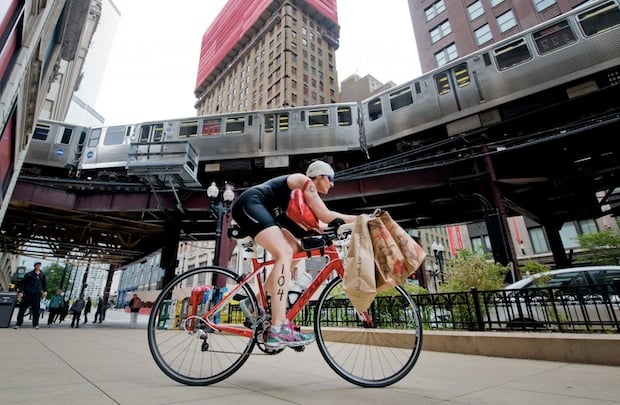 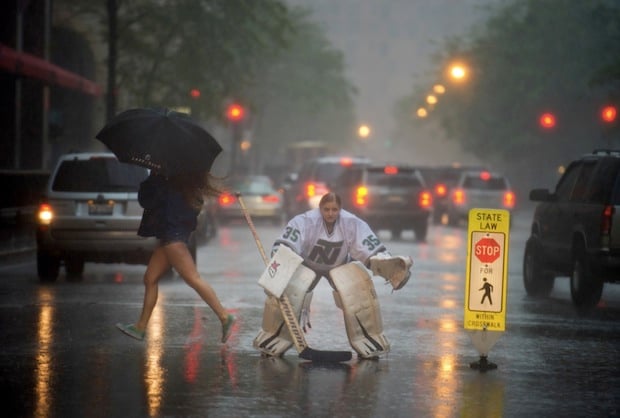 For Matter, this latest project was about creating photos that “playfully remind all of us to pursue our objectives tenaciously; to never give up and to keep striving for excellence, no matter what path we’ve chosen.”

Athletes Among Us is still a work in progress, and so Matter is always on the lookout for athletes who would like to volunteer to be a part of the book. If you want to see or learn more about the project, be sure to head over to the website. And if you or someone you know wants to make an appearance in Athletes Among Us, don’t forget to meander over to the Contact page while you’re there and drop Matter a line.

Image credits: Photographs by Jordan Matter and used with permission.

Camera Dominos: The Result of 200 Spare Cameras and Too Much Free Time