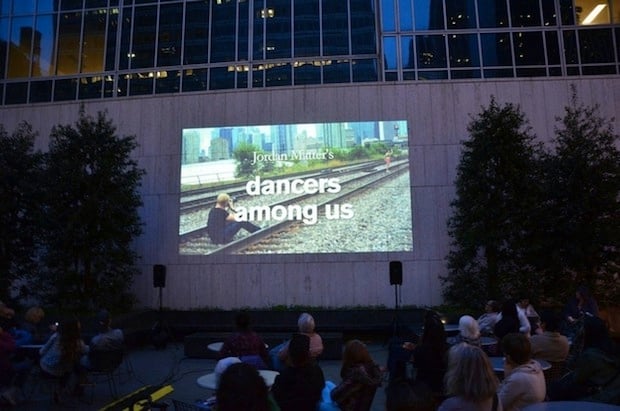 Many people fell in love with that photo series, and two of those people are college sweethearts Betsy and Peter, the latter of which recently put together an awesome Dancers Among Us proposal with some help from Matter himself. Betsy and Peter are college sweethearts who have been dating for seven years and now live in New York City. They’re both also huge fans of Matter’s work, and even have five of his prints hanging in their home. When it came time to propose, Peter got in touch with Matter to see if he would help put together a leaping proposal photo.

Matter agreed to take the photo, but then did Peter one better: he offered to display the photo at the very end of a Dancers Among Us art installation he was debuting at The Grace Building. So, after one hour and over one hundred jumps/attempts at getting the perfect shot in Times Square, here’s what they ended up with: 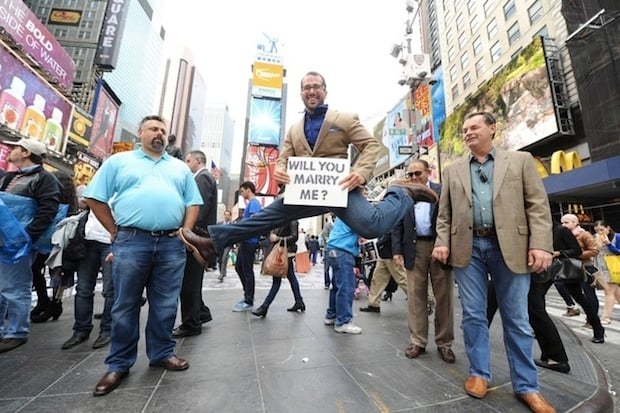 That same night, Peter waited anxiously at the installation for Betsy to get out of a late work meeting and make her way to her proposal. Ironically enough, she almost didn’t make it, arriving just in time to find Peter standing in front of what looked suspiciously like a photo of him jumping in the air holding a sign that said “Will you marry me?”

Fortunately for Peter (and we apologize in advance for the spoiler) she said yes, making this one of the downright coolest photography proposal ideas we’ve heard of. To see more photos from the proposal or peruse more of Matter’s awesome photography, head over to his website by clicking here.

Tutorial: How to Get the Perfect Photo of a Steaming Cup of Coffee