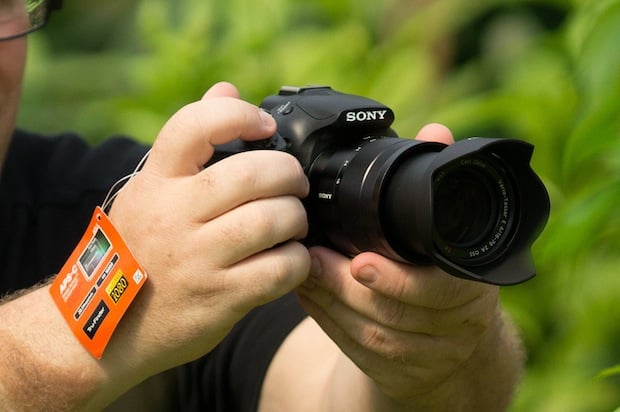 Well, if you had any doubts that Sony is on the cusp of releasing a new DSLR-style E-Mount camera, they should be long gone by now. Yesterday we shared a leaked product photo of the Alpha 3000 (or ILC-3000), and today we have a couple of photos of one being used in the wild.

The photo was posted on the Dyxum forums by user DukeOfDutch and later picked up by sonyalpharumors. It shows a photographer — by the looks of it, Sony ambassador Gustav Kiburg — using the A3000 for some wildlife photography. 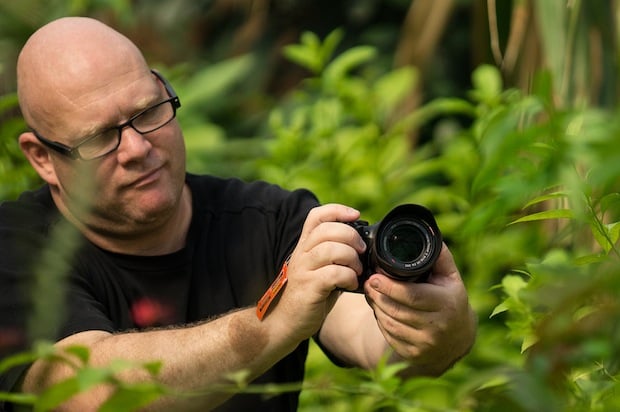 When DukeOfDutch posted the photo, he was confused and asking if this was an NEX or SLT camera, and if you’ve followed our previous coverage you’d understand the confusion. The new A3000 looks like the SLT Alphas, but will come to market sporting and E-Mount.

Known specs for the camera — which SAR expects to be announced on Tuesday morning London time — are a 20.1MP APS-C sensor, 100-16,000 ISO, 230K-dot LCD and a 1.44 million-dot EVF. Additionally, one of SAR’s sources is now saying the camera will sport in-body stabilization and a metal mount.

Stay tuned for more info as it comes in, and be sure to check back Tuesday morning to see what the official announcement has in store. The camera (body only) is rumored to cost about $467 (300 pounds) when it does arrive.

Pictures of Hope: Using Photography to Give Hope to Children in Need