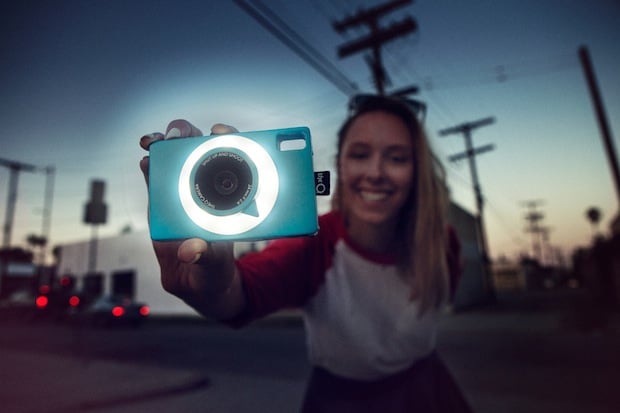 There’s a new compact camera on the block, only this one isn’t made by Sony or Samsung or Nikon or any of the other brands you might expect to see scrawled across the front of the device. No, this one is made by a little-known Swedish lifestyle company called theQ, and its all-new theQ Camera comes touting the self-assigned title of “world’s first social camera.”

Given the prevalence of smartphones, that title might be a bit of a stretch, but there’s no denying that theQ Camera was created with social sharing at the top of its to-do list. Sporting a 5MP sensor (no word on sensor size) that sees the world through a 24mm f/2.4 manual focus lens, the little camera’s main draw is its 3G and social sharing capabilities. Simply insert a SIM card into the camera and you’re off to the races. The 2GB of built-in storage is only there to hold photos when you’re out of 3G range, everything else uploads immediately to your very own theQ LAB, where owners are given unlimited personal online storage.

The camera was designed to be as easy to use as possible — in fact, the company’s tag line for the little shooter is “shut up and shoot” — so the interface is made to be what the company affectionately refers to as “idiot-proof.”

Along those idiot-proof lines, theQ made the camera waterproof to 3-feet as well as shockproof. It also comes equipped with a low-level ring flash dubbed theQ light for those nighttime shots. “With over 500 million photos uploaded and shared daily, more than double the amount from two years ago, the market is ripening for socially connected devices,” writes theQ CEO Steven Christensen via press release. “We aim to make photography easy, fun, and available to people wherever they want to take and share high-quality photos.”

Other “easy, fun” features the company has packed into the little theQ Camera include three pre-set shooting modes and, as you might have guessed, nine built-in photo filters. 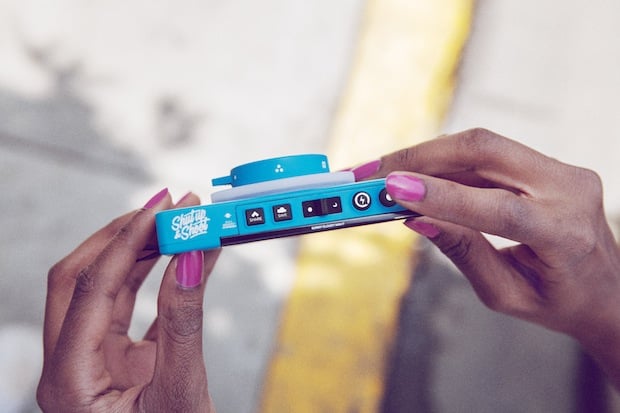 TheQ Camera is already available for pre-order from the company’s website for $200 in any of nine different colors — although there’s no mention of a shipping date. To find out more about the little shooter, see more photos and maybe get one for yourself, head over to the camera’s website by clicking here.

The Forest Photography of Jürgen Heckel