We might not be able to take an actual video tour of the insides of Nokia’s new 41-megapixel powerhouse of a smartphone, the Lumia 1020. But thanks to the magic of CGI, Nokia’s new ad gets us as close as we might ever hope to get in the absence of a shrink ray.

The ad is called “Behind the Lens of a 41MP Nokia Lumia 1020,” and it takes you on a journey through the bowels of the device Nokia recently called “the first smartphone to put the camera first.”

To start, we get to follow the photons as they make their way past the mechanical shutter and through the six-lens optics. We even get a peek at the ball-bearings behind Nokia’s Optical Image Stabilization (OIS) at work keeping everything steady. 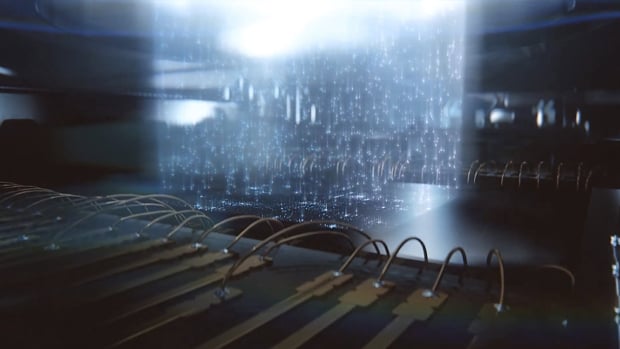 The photons then land on the backside-illuminated 41-megapixel sensor (as seen in the image above), where they’re converted to electrical signals that fly up the phone’s circuits until they finally reach the PureMotion HD+ display.

In the end, it is still an ad, but getting a computer generated glimpse inside the bowels of the newest, highest-resolution kid on the block is pretty cool. Check out the video at the top to see it for yourself, and if you’d like to learn more about the Lumia 1020 and its 41 million pixels, you can read our previous coverage here.