A few months ago, an Apple commercial touted the iPhone as “the world’s most popular camera.” Nokia’s new ad for the Lumia 1020 takes a less statistical approach: the company is admitting that the 41-megapixel behemoth is first a camera, and then a phone.

The ad shows a number of people framing up their shots, with empty space where the phone should be. When the phone finally appears, the narrator reads “the first smartphone to put the camera first.”

At that point, there’s not too much time left in the ad to expand on that idea (unless Nokia was intent on hiring an auctioneer) but the video description pretty much takes over the magnanimous describing from then on. 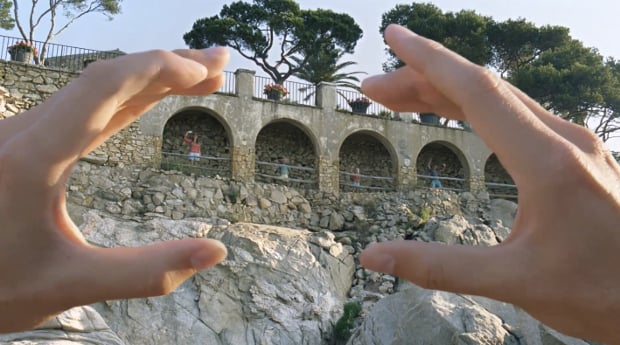 “Lumia 1020 is the only smartphone that lets you capture high quality images, then zoom in digitally to reveal details you never thought possible,” reads the video description. “The breakthrough combination of a 41 megapixel sensor combined with Optical Image Stabilization gives you image quality like no other smartphone camera in the world.”

Whether or not that’s true is for the actual users to decide, but combine the super-high resolution with the impressive Pro Camera app and all its features, and you do indeed have a camera that also makes phone calls, not the other way around. Nokia’s just not afraid to admit it.

NBC’s Bullet Time Replay Rigs: How They Work and What You Can Expect