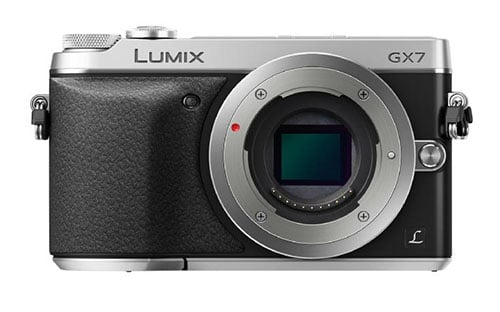 Panasonic is having a hard time keeping a lid on its upcoming rangefinder-styled GX7 Micro Four Thirds mirrorless camera. Just last week, the first images and a list of specs leaked through an online photo magazine, and now we have a full set of specs and product shots to look at.

The leak comes to us courtesy of Digicame-info, and in addition to the product shot above, we now also have three more views of the camera and a full list of technical specs — including some we didn’t know before. The photos show the camera from the front, back and above, and include one photo where the electronic viewfinder (EVF) is tilted up a full 90-degrees. 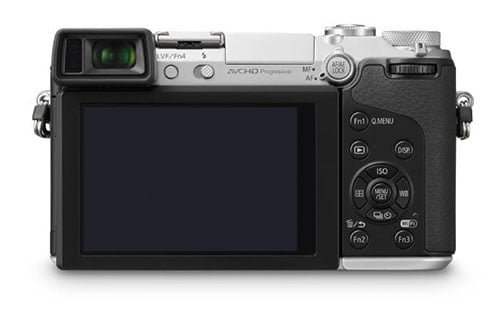 As far as specs go, it seems we were right about all of the important innards all along. The camera will come sporting a 16-megapixel Live MOS sensor, a 90-degree tiltable 2.76-million dot EVF and an 80-degree tiltable 3-inch 1.04-million dot LCD all housed inside a magnesium alloy body.

The camera will also be able to shoot 1080p HD at 60fps, boasts a max shutter of 1/8000 of a second, max ISO of 12,600, in-body image stabilization (a Panasonic first), focus peaking, and built-in Near Field Communication (NFC) and WiFi.

All of the above specs we knew about and this leak serves simply as further confirmation. However, the leak also revealed that the camera would be coming with 22 in-camera creative filters/modes, a panorama mode and a silent mode. The official announcement — and remember, nothing is truly confirmed until the press release lady sings — is still set for August, and the price has yet again been ‘confirmed’ at 1000 Euro, or about $1,330 US by today’s exchange rate.