Here’s a new iPhone commercial Apple just released today on its website and on YouTube. It’s a 1-minute-long spot that focuses on how the iPhone has shaken up the world of casual photography by becoming the world’s most popular camera.

“Every day, more photos are taken with the iPhone than any other camera,” Apple proudly says. 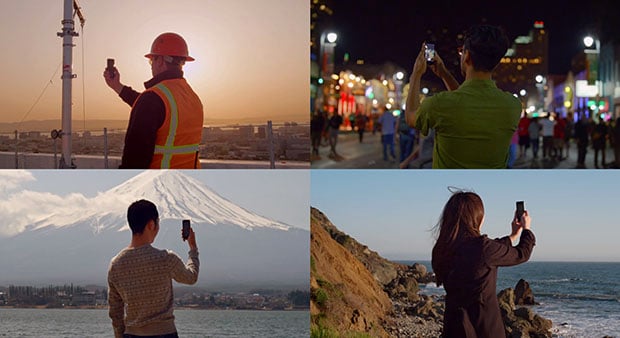 A look at Flickr’s Camera Finder page seems to show that Apple’s claim is true. The most popular cameras in the community have for years now been various iPhone models:

As you can see, the top three cameras in the Flickr community right now (based on the percentage of members shooting with them) are the iPhone 4S, the iPhone 5, and the iPhone 4.

When only looking at smartphones, we see that the Samsung Galaxy S3 has been creeping up the leaderboards, but is still a long ways away from becoming as popular as the iPhone:

If the various iPhone models were combined, the “iPhone” would be blowing the other smartphone cameras out of the water (in terms of number of users). 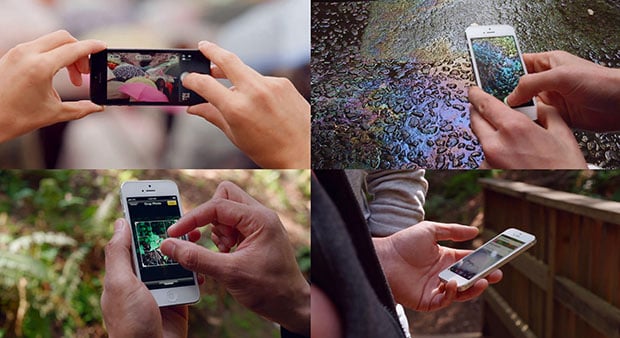 The commercial may be created by Apple to promote the iPhone 5, but it’s also a glimpse into how smartphones as a whole have been shaking up the digital camera industry.

Bloomberg reported yesterday that Canon has been cutting its projected compact camera sales:

[Canon] cut its full-year sales target for compact cameras by 15 percent to 14.5 million units as consumers increasingly use smartphones to snap shots. […] “Earnings are weak in all businesses, with cameras particularly so,” [said analyst] Toshiya Hari. […] Global shipments of digital cameras almost halved to 4.26 million units in February from a year earlier, a 10th consecutive monthly decline. […] Shipments of compact models were down 40 percent in the first two months of 2013 from a year earlier, while that for cameras with interchangeable lenses dropped 17 percent

Reuters also reported today that Canon’s profits took a big dip in the first quarter of this year due to “picture-taking consumers eschewing compact cameras in favour of smartphones.”

Minimalist Landscape Photographs with Exposure Times of Up to Eight Hours