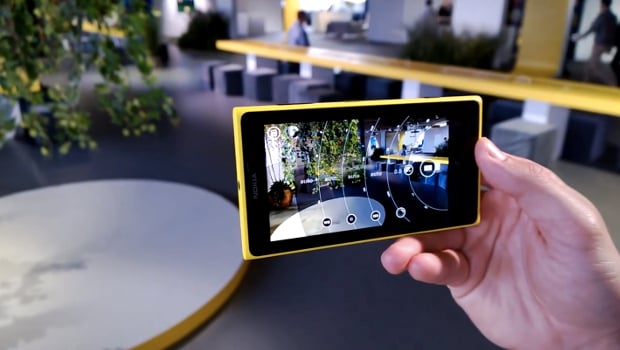 Last Thursday, the long-awaited and much-talked-about Lumia “EOS” 1020 finally made landfall. Equipped with a second gen 41-megapixel PureView sensor capturing photos from behind a 6-lens ZEISS system, the phone packs quite the photographic punch.

In order to take full advantage of this power, Nokia also announced a companion camera app dubbed Pro Camera that, we found out today, will also be making its way onto the Lumia 925, 928 and 920.

Although the 925, 928 and 920 will not be able to take advantage of the 1020’s lossless digital zoom capability (they don’t come equipped with 41MP sensors, after all), just about every other feature built into Pro Camera will be available.

Here’s a quick hands on with the 1020 and the Pro Camera app:

As you can see, the app is built to give you as much control over your photos as possible, all while allowing you to see what you’re about to shoot before you shoot it. Zoom, ISO, Aperture, Shutter and more can all be controlled manually, with the preview updating on the fly to show you how each of the settings affects your final photo.

The new app won’t be available just yet, however. Non-1020 Lumia users will first have to install the Amber firmware update set to go live sometime this month (probably after the 1020 ships on the 27th). That update — in addition to adding support for the Nokia Smart Camera application we told you about back in May — will prepare the phones for the Pro Camera app and all of the perks that come with it.

For more info on the 1020 or the Pro Camera app and all it can do, head over to the Conversations by Nokia blog by clicking here.

Capture Flooded Views of Cityscapes by Getting Low Above Choppy Water