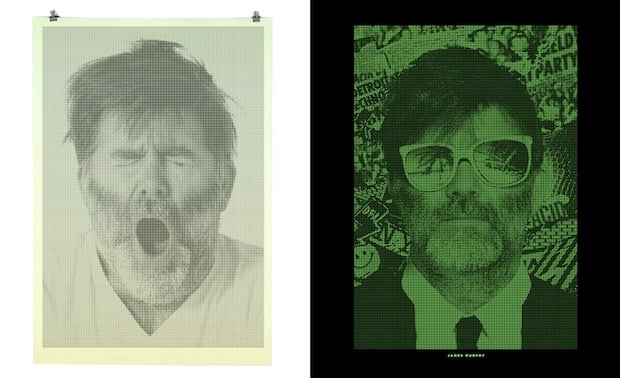 In an attempt to explore “duplicity in two-dimensional surfaces,” illustrator, designer and typographer Alex Trochut invented and patented a way to print two images on the same surface. His photography exhibit Binary Prints, puts the newly invented method to work, revealing a different portrait when viewed in the light or dark.

Trochut is well established in the art world, having done projects for the likes of Coca Cola, Nike and The New York Times. This project, however, was entirely self-motivated.

“I like discovery and surprise in each piece I create,” the illustrator tells Cool Hunting, “something to reward the viewer after capturing their attention for a while.”

His Binary Prints series does just that, using as its subject the DJ’s behind some of the world’s most critically acclaimed electronic music. The musicians that create this music are often overlooked, and so Trochut portrayed them as sleepy and withdrawn in the light, showing them “come alive” only once the lights turn off and the print changes entirely: 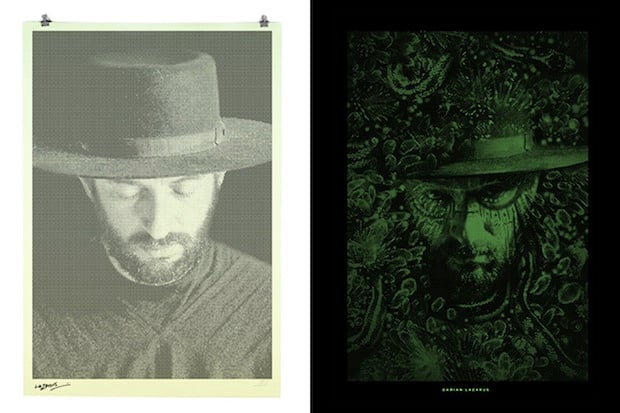 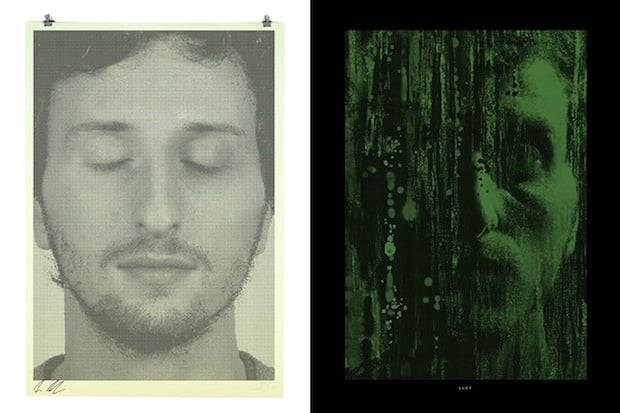 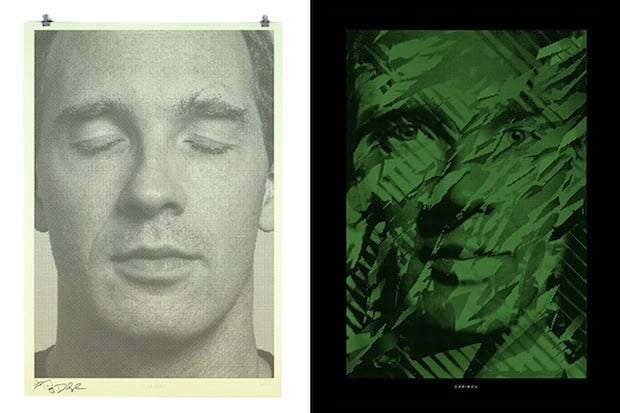 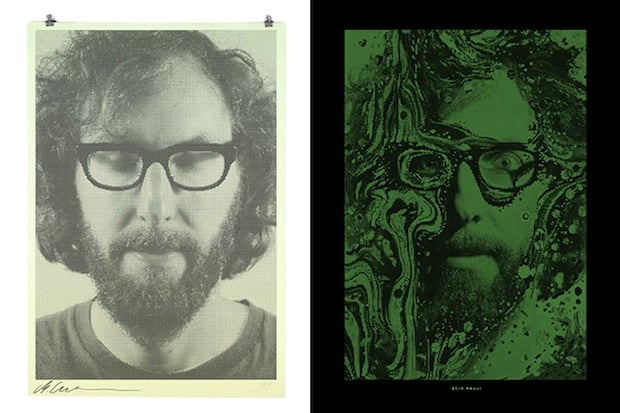 Trochut — who splits time between Brooklyn and Barcelona — debuted the project at Barcelona’s Sónar Festival back in June. He also sells the prints, but they don’t come cheap. An unsigned 36 x 24-inch binary print will run you $200, with a limited edition signed print (10 per artist) costing $750, with 30% of the proceeds going to the DJ’s favorite charity.

To see more of Trochut’s work, check out higher resolution versions of his Binary Prints photos and maybe pick one up for yourself, head over to his website by clicking here.