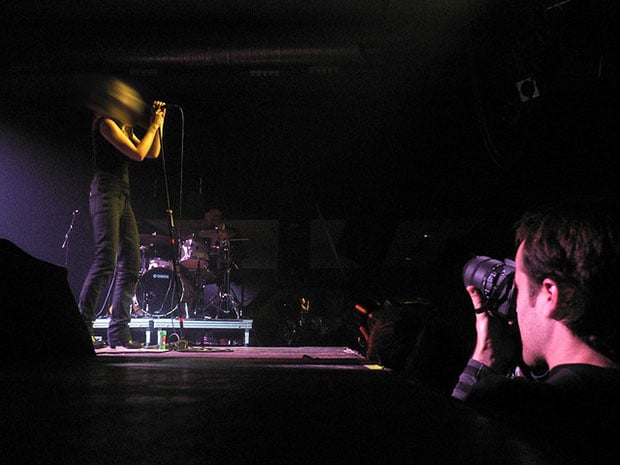 Edward Sharpe & The Magnetic Zeros are due on stage in 15 minutes and I walk up to the doorstaff ticket in hand. They tear the ticket and ask to look in the camera bag for deodorants and liquids. I’m not too sure why. This is the Trinity Centre in Bristol with a capacity of 650 and normally holds community events.

The doorman tuts and says “Interchangeable lens.” I’m a bit confused. “Tour manager has said no interchangeable lens cameras, sorry.” I returned to my car, out the equipment in the boot and went back to the gig.

I have been covering gigs and festivals for 4 years for local newspapers and magazines and it’s taken me all over the UK. Sometimes it is pre-commisioned, and sometimes like this gig it’s freelance. Occasionally you’ll get the odd musician that will ban photographers from the pit. Sometimes venues ban long lenses. But I have never heard of DSLRs being banned at the door. 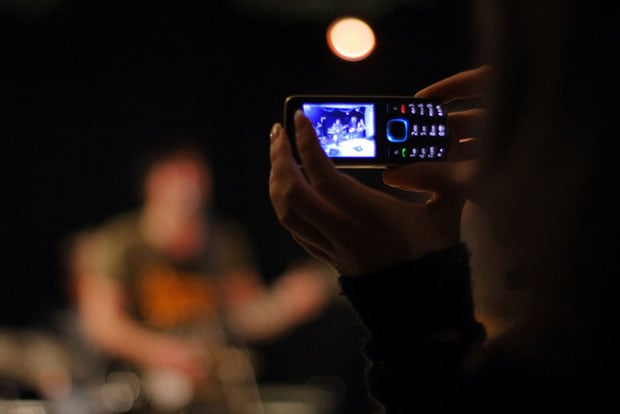 Once inside I spotted two people with DSLRs happily snapping away in front of the door staff, no credentials in sight. When the band came out hundreds of people lifted smartphones and flashed the band. I even spotted one girl with an iPad and another filming all their songs.

The band were terrific and like everyone else at the gig I took a photo with my smartphone to see what all the fuss was about: 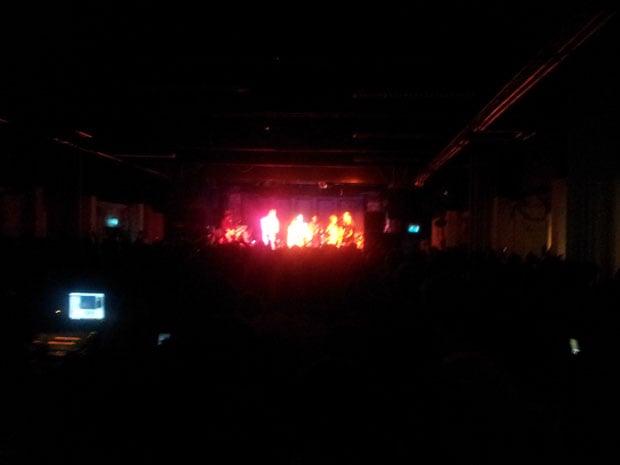 It’s horrendous, I do not understand why people do it, I can’t even make out that it’s a stage with people on. People in the front row were openly filming and taking photographs. That footage is already on Youtube including one girl who has uploaded 10 songs from the second row. A similar search on Twitter reveals dozens of photos.

It left me wondering the reasons behind why the tour manager has banned DSLRs from the gig. They cannot stop photographs being taken. Nobody in their right mind would ban smartphones from venues and while there are smartphones at venues there will be film and photographs being taken. With the power and capabilities of bridge cameras which are not interchangeable, along with point and shoots, the DSLR ban makes no sense. It is just discriminating against music lovers who own the wrong type of camera.

I carry a DSLR over a point and shoot as you never know where you’ll be placed in the venue. Sometimes a prime lens will get the job done and other times you’ll need a 70-300mm lens.

The article I wrote was a glowing review of one of the best bands I’ve ever seen, yet it did not get picked up by any news outlets as it did not have an accompanying photograph. The only real loser I can see having DSLRs banned is the musicians themselves.

About the author: Luke Plastow is a photographer based in Oxfordshire, England. He is a creative person who also paints and writes. Originally from Essex, he is a Multimedia Computing graduate from Staffordshire. Visit his website here and his Facebook page here.

Video: Photo Restoration and Colorization Demonstrated Through a Time-Lapse

Minimalist Photos of Overcast Sunrises Over the Sea in Barcelona