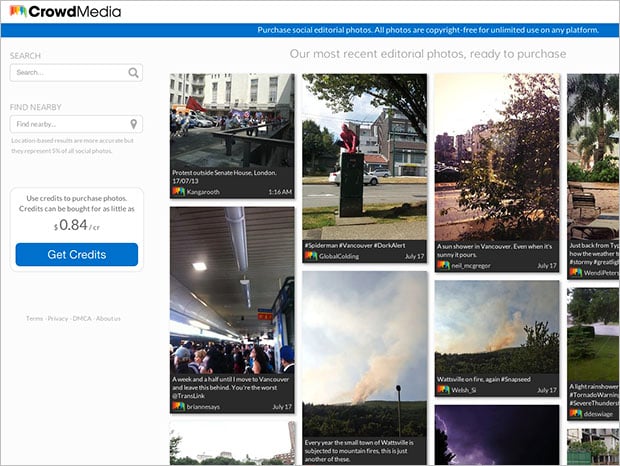 Attention photojournalists: As if times weren’t tough enough already, a new startup wants to replace your work with Twitter-based crowdsourcing.

CrowdMedia, which had something of a coming-out party recently at the Demo Day conference in Montreal, sifts through the average 150 million photos shared every day on Twitter for the .03 percent that are newsworthy, based on keywords and geolocation data.

Owners of those photos are then contacted by CrowdMedia with an option to submit the photo to organization’s photo pool (about 25 percent accept), which is perused by subscribing media outlets. 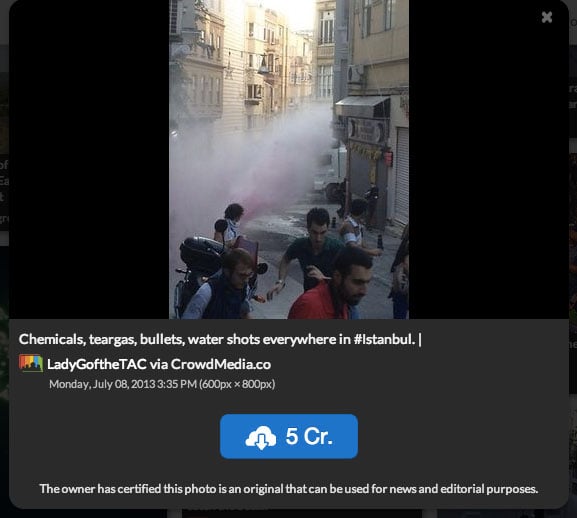 CrowdMedia charges $20 per photo for non-exclusive use ($10 for older images), with half going to the photographer.

The service launched in beta phase last month and has already placed numerous images, including shots of the Asiana airplane crash in San Francisco posted on Huffington Post within minutes of the event. 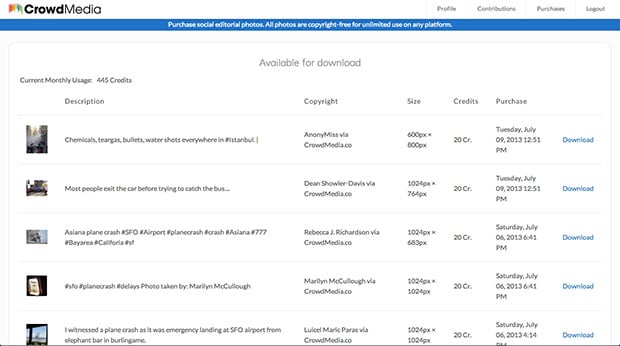 ”You can sell exclusivity for a couple thousand dollars, very rarely. But we know that we can sell a good shot a thousand times, and that’s more money than you can get by selling the rights exclusively … and wasting two days for the negotiations.” 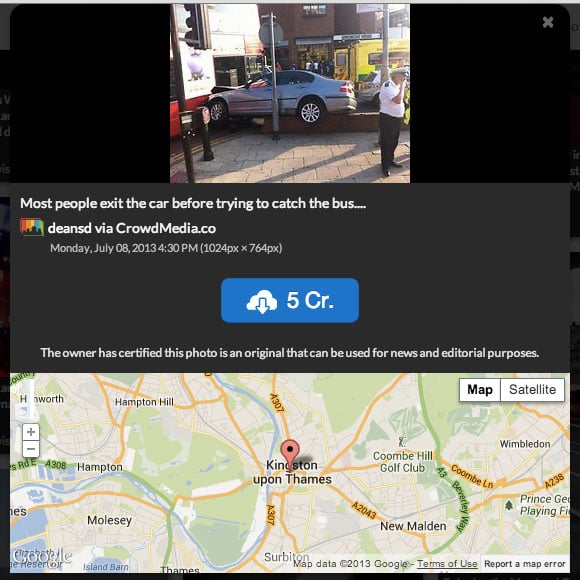 Rodan says the company’s platform is about 75 percent built, with detection of fake images among the details to be worked out.

“Newsworthy,” of course, is a relative term. Images offered on the CrowdMedia front page Tuesday ranged from shots of pro-choice protestors to breaking coverage of the Weymouth Seafood Festival, but little to nothing about high-attention subjects such ongoing Egyptian political protests or the arrest of a Mexican drug cartel leader.

Golfer Strikes and Shatters the Lens on an $80,000 Camera at the British Open