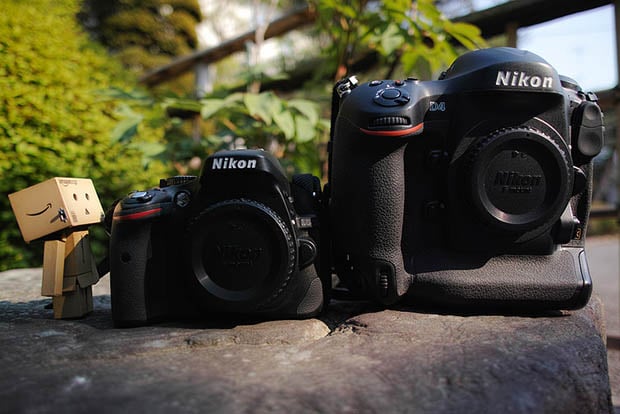 It’s official — the point-and-shoot market is dying, while DSLRs and other interchangeable lens systems champion the cause for standalone cameras.

A new report from retail researchers NPD tallies U.S. sales of $2.1 billion worth of interchangeable lens cameras between June 2012 and May 2013, an increase of 5 percent over the same period a year ago. U.S. sales of compact cameras, meanwhile, plunged 26 percent, to $1.9 billion. This is the first time interchangeable lens cameras have surpassed the sleek-and-shiny segment.

Analysts say the drop is (surprise!) due to smartphones, which have been eating away at the point-and-shoot market since 2009. Manufacturers such as Olympus and Fujifilm are trimming or eliminating their compact lines to focus on higher end offerings. 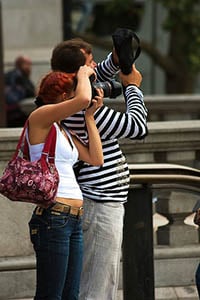 Yet plenty of people still care about image quality (or at least want to look like they do), hence the proliferation of what used to be the high end of the camera market.

The upshot is if that people are going to schlep around a dedicated camera these days, they want it to be worth the trouble.

Which seems pretty obvious. Yet apparently not obvious enough to prevent speculation such as ZDNet‘s “Have smartphones killed the SLR” online debate (resounding reader answer: “No”), which posits that superphones such as the 41-megapixel Lumia 1020 are turning SLRs into a “niche” market just a notch above wet collodion process enthusiasts.

“The DSLR’s bread and butter market — the consumer, the prosumer and photography enthusiast — no longer needs or even wants to carry these beasts anymore,” asserts ZDnet.

This may have some truth to it, but it’s still a big stretch to assume those sore-necked enthusiasts are ditching everything in favor of smartphones. Anyone heard of the mirrorless segment, which continues to toy with the perfect delta between portability and image quality?

(via MarketWatch and ZDNet)

Thanks for sending in the tip, Raymond!

Image credit: D5200 is compact enough to carry everyday and everywhere by Takashi(aes256), Him: P&S, Her: DSLR by garryknight

How to Make Polaroid Emulsion Lifts

The Snowball Effect: Transitioning from a Hobbyist to a Full Time Photographer