Shoppers will soon have a tough time trying to pick up a cheap Olympus point-and-shoot compact camera. The company has said it is planning to do away with its V lineup of low-cost compact cameras, priced just under $200 at various retailers. 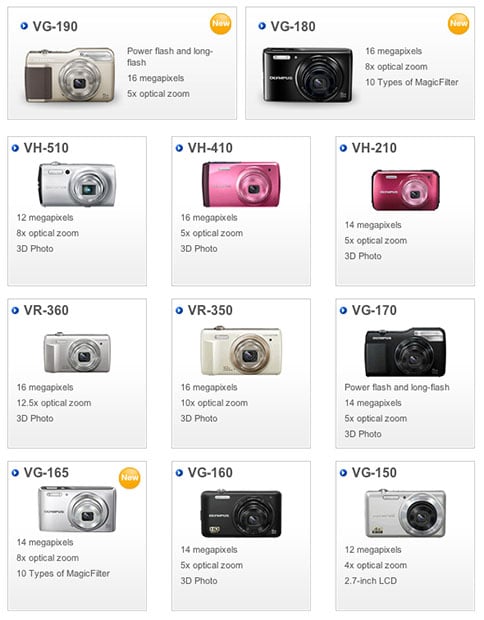 The company is instead focusing on attempting to turning a profit with the sale of their higher-end mirrorless cameras with interchangeable lenses. In preparation, Olympus has already begun restructuring its manufacturing system – bringing five factory locations to just two sites in Vietnam and China.

In doing so, the company will also be cutting spending in their research and development departments, thanks to fewer camera model offerings. As a result, they’ll be reducing the amount of staff in its camera business by 30 percent by March 2014.

Selling affordable compact cameras has become increasingly difficult in a world where camera phones are virtually everywhere. Not surprisingly, more and more users are finding the camera right on their mobile phones more than sufficient for their personal needs.

(via Wall Street Journal via Twice)

Researchers Discover How to Capture 3D “Ghost” Images Without a Camera