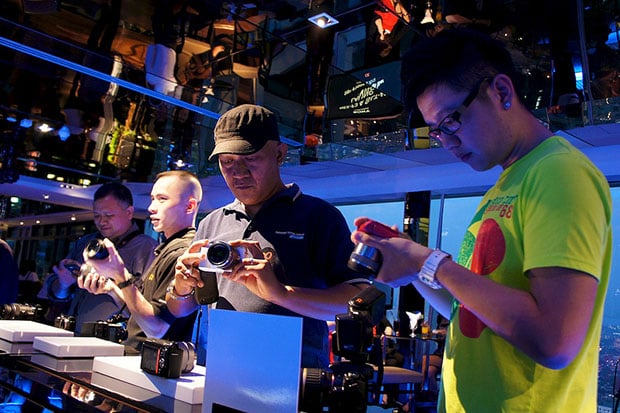 Let’s take a moment to reflect on mirrors. Mirrorless interchangeable lens cameras, like the Olympus Pen E-P5 or Samsung  NX300, have enjoyed increasing popularity over the past few years, and it’s become clear that they are more than a passing fad.

This motley collection of high-tech cameras filled the gap that existed between bulky DSLRs and compact cameras, but manufacturers are now starting to expand their mirrorless lineups in hopes of attracting a wider cross-section of photographers, including professionals.

However, efforts to court the professional buyer thus far have been misdirected, and they’ve focused on building luxury cameras rather than professional cameras. Mirrorless platforms have the potential to compete with, and outshine, even the most formidable of professional DSLRs, and camera manufacturers need to take note. 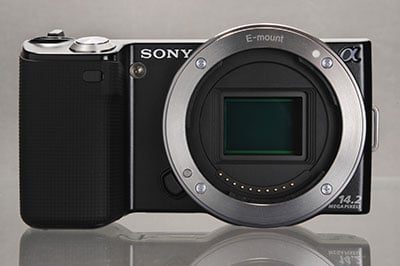 Manufacturers’ faith in a broad demand for mirrorless cameras is visible in their expanding lineups. While most of the current players — pretty much all of the big names in consumer photography — entered the mirrorless market offering just one or two models, there has been rapid expansion since then. For example, Sony’s NEX brand now includes four different lines, while Panasonic is actively selling more than ten different models of mirrorless camera bodies.

Part of this branching out includes a reach for amateur and casual photographers. While demand for conventional compact cameras is performing a spectacular dive, in large part due to the proliferation of smart phones, it’s not hard to imagine many amateur snappers being drawn to these middle ground offerings.

Meanwhile, some manufacturers have taken steps to court the professional market. These sorts of efforts may soon prove to be far more profitable than focusing on amateurs as demand for cameras with changeable lens systems, like mirrorless cameras and DSLRs, is picking up. These early efforts have produced some beautiful cameras, but their focus on style over substance may be missing the point. 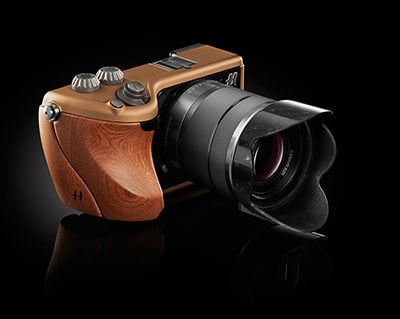 The Hasselblad Lunar is the most egregious offender. For decades, Hassleblad defined the high water mark in professional studio cameras, but the Lunar, their first mirrorless offering, doesn’t come close to upholding that legacy.

To be fair, it’s a beautiful little work of art, featuring grips made of Tuscan leather and mahogany, but all the extra bells and whistles don’t hide the fact that it’s just a reworked Sony NEX-7. A reworked NEX-7 that costs more than $6000. For cameras like the Lunar, the primary goal isn’t to build a reliable professional tool, but rather to create a phenomenal user-experience. 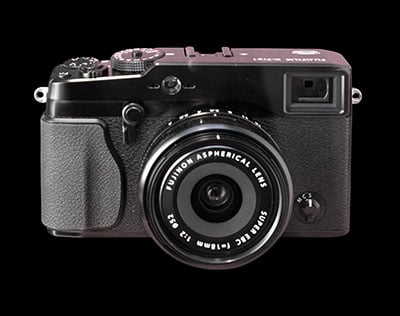 Another great example is the Fujifilm X-Series, which tries to emulate the look and feel of classic rangefinder cameras while deploying a series of new technological tricks.

Don’t get me wrong, I regularly use my Fujifilm X100 (technically not a mirrorless camera, but certainly a spiritual brother to the mirrorless X Pro-1), and I often enjoy using it more than my DSLR. But that’s just the point: it’s designed to produce a specific kind of experience rather than an optimal product.

Contrast that sort of mentality to the latest high-end DSLRs offered by Canon and Nikon. They’re big, bulbous, and heavy. To be sure, aesthetics were considered, but they clearly weren’t the primary, secondary, or even tertiary goal. That’s fine because photographers don’t buy them for their looks, but rather for their big sensors, high shooting speeds, great lens lineups, and tough casings.

And there’s no reason a mirrorless camera can’t be all of that and more.

The main difference between these two styles of camera, after all, is the mirror and prism system in the DSLR that allows photographers to peer directly through the camera lens when they peek into the viewfinder. Viewing the scene without needing an electronic screen, like the LCD displays and electronic viewfinders used on mirrorless cameras, can be a smoother experience, but mirrors also have major disadvantages. They’re bulky and mechanically complex, and require that the lens sit far away from the sensor. As mirrorless cameras have already demonstrated, throwing this set up out and relying on digital systems allows for huge size and weight reductions, in addition to a number of other advantages.

Imagine, for a moment, a mirrorless camera with the specs of a Canon 1D Mark IV, but at half the weight, half the size, and perhaps even half the price. With a little effort by manufacturers to realize this hypothetical, such a camera might not be that far away, and professionals should care about that possibility.

The industry now faces an opportunity for innovation similar to that experienced in digital cinematography during the late 2000’s when companies like RED Digital Cinema and Silicon Imaging developed small, light video cameras with tremendous power by embracing the potential of a fully electronic imaging system and scrapping the vestigial remnants of past film cameras.

Check out the documentary Side by Side, an exploration of the rise of digital cinema cameras in the movie industry for a fascinating examination of this trend.  Smaller, lighter, more computer reliant cameras with big imaging power will open up new creative possibilities for photographers and will help make powerful photographic tools more accessible to more people.

That’s why photographers should care about innovation in the mirrorless sector, but camera manufacturers should care because there’s going to be big money for the first company to get it right. Sony seems to agree, and it looks like they’ll soon be moving a larger proportion of their lineup towards mirrorless systems.

To be sure, there are technological kinks to work out, and there will be a place for DSLRs in professional photographers armories for the forseeable future. Sports and wildlife photographers, for example, benefit in particular from the clarity and precision of optical viewfinders. But it seems inevitable that professional mirrorless camera platforms will soon be able to challenge the dominance of the DSLR. With all the opportunity for innovation that this shift will bring, that’s a day worth looking forward to.