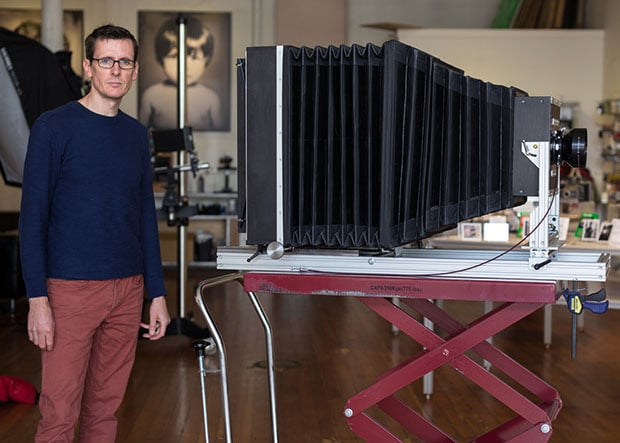 Gigapixel photography is all the rage these days, as photographers all over the world compete to hold the record for “world’s largest photo,” but one photographer in San Francisco is participating in a very different way.

Michael Shindler, a photographer at the tintype studio Photobooth, has built a custom giant tintype camera that shoots portraits that are the analog equivalent of a gigapixel photo.

Norman Chan over at Tested reports that Shindler’s new camera is built like an old school view camera, just like the cameras used to capture daguerreotypes in the 1800s. The camera snaps photographs on 14×17-inch plates — much, much larger than the 4×5-inch tintypes Shindler used to make, and a standard size for X-Ray photography. 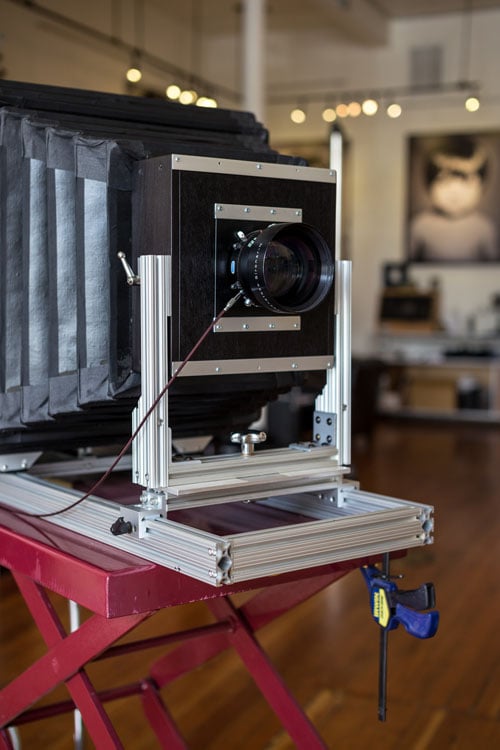 Photographer Ian Ruhter is another person who works with ultra large format (ULF) wet plates, but he mostly works in outdoor environments with his camera van. Shindler’s camera is designed for portraits captured in a controlled, studio environment.

The camera was created using various camera parts Shindler has collected over the past decade, along with some custom pieces he personally designed and had built. The bellows was taken from a 60-year-old copy camera (it’s like an old school copier), while the lens was a Rodenstock Sironar-N 480mm f/8.4 lens purchased for $1,000 on eBay. 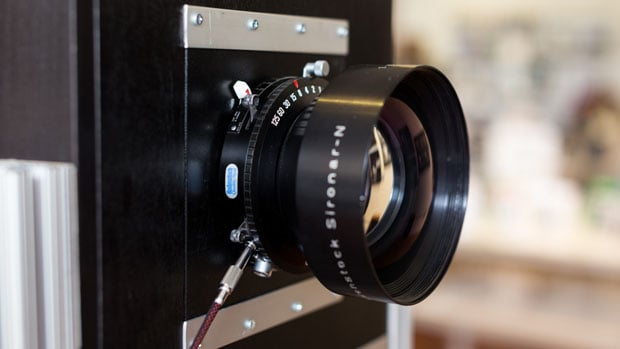 When mounted to the camera, the lens has a 35mm equivalent focal length of 40mm, so it’s neither very wide nor very telephoto (it’s shorter than the standard 85mm-135mm focal range used for portraits). However, the resulting tintypes can capture the subject at a 1:1 scale, meaning the portraits are almost exactly life-sized.

The giant camera comes with operating costs that are just as large. Shindler tells Tested that $400 in silver nitrate is only enough to develop roughly 30 plates, so each plate requires over $13 in chemicals alone.

Finally, the resolution: Tested states that a 35mm film frame contains roughly the same amount of data as a 20-megapixel digital photo. Similarly, a 4×5-inch frame has the equivalent of 200MP of information. Shindler’s tintypes contain roughly 10 times the area of 4×5-inch shots, so they likely contain the same amount of detail as digital gigapixel photos. 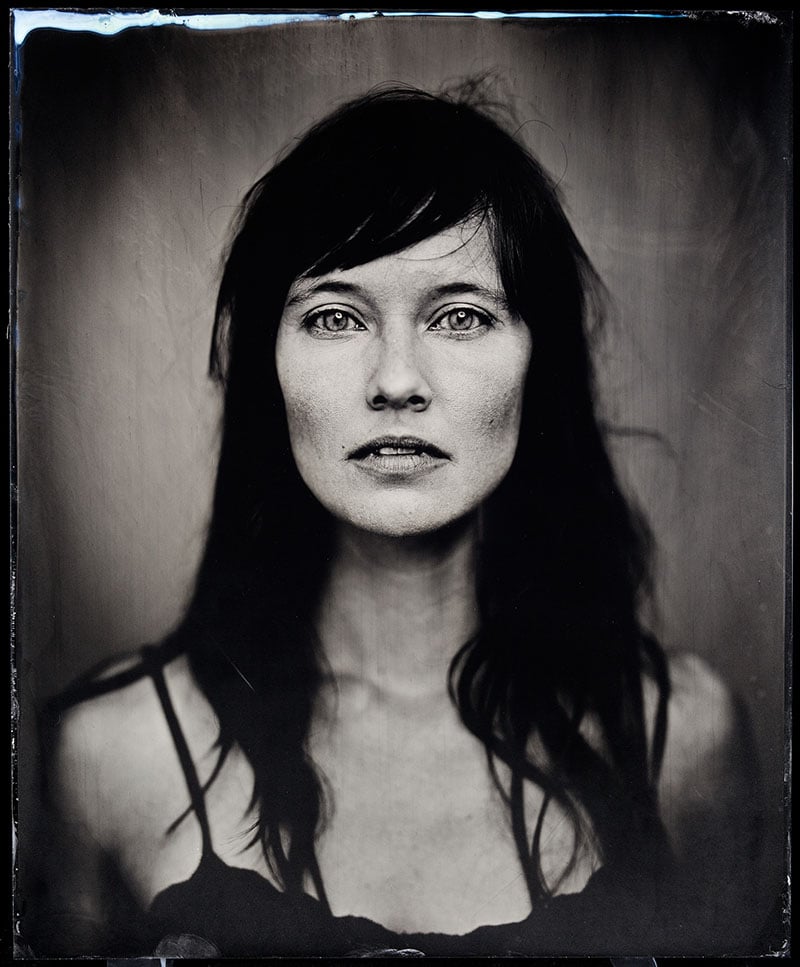 Chan reports that if you use a magnifying glass, you can see every little hair and pore in focus on the woman’s face, as well as the capillaries in her eyes. Here’s a close-up photograph Chan shot using a macro lens (high-res 100% crop here): 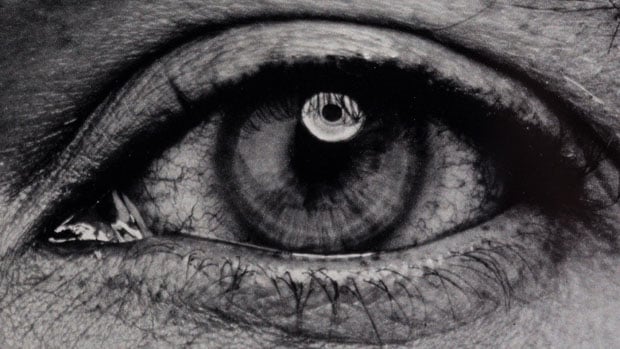 Want to have a “gigapixel tintype” created of your face? You can stop by the Photobooth studio in SF for a portrait shoot appointment — provided you’re willing to pay “several hundred dollars” for the one-of-a-kind photo.