We never get sick of watching talented wet plate photographers at work. This process, made to look so simple by those who have been honing their craft for years, is actually incredibly complex and finicky. And so when the Tested crew decided to get MythBusters’ star and fellow host Jamie Hyneman’s picture taken, they went to Michael Shindler, one of the absolute best.

Shindler’s name should sound familiar, since we’ve featured him a few times before. He’s taken tintypes of the rest of the Tested folks, and in the video above he completes their collection by adding Hyneman’s portrait to the bunch.

Throughout the video, Shindler talks about tintype photography, explaining why he loves this complex process, how he sets up each shot, and what it takes to get a proper exposure (the ISO of a tintype plate is around ISO 0.5 or 0.75…).

He also shows off his gigantic tintype camera that captures photos on 14×17-inch plates. That camera, which we told you about a while back, spits out photos at a resolution equivalent to a gigapixel digital photo.

But in the end, the photo is about capturing Hyneman’s photo, which Shindler does with his usual ease: 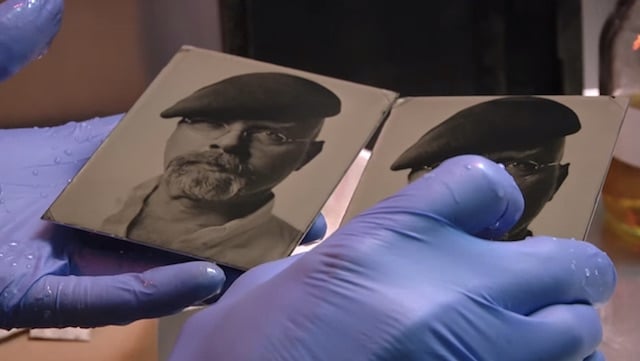 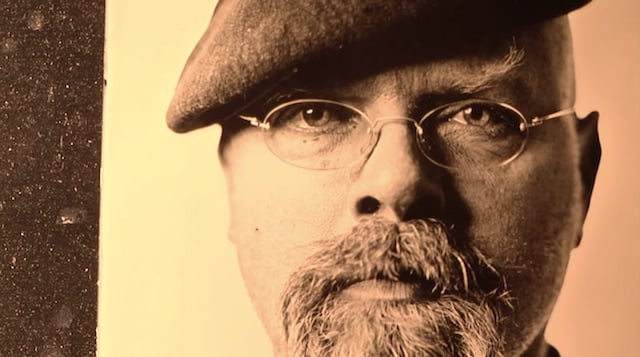 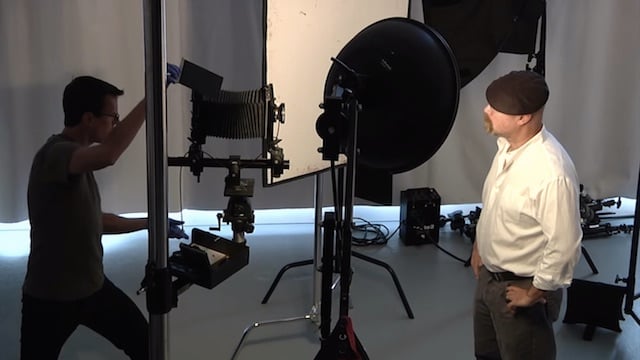 Check out the full Tested video up top to hear about the process and watch Shindler at work, and then, if you’d like to see more of his work, click here to dive into our archives and find our previous coverage.