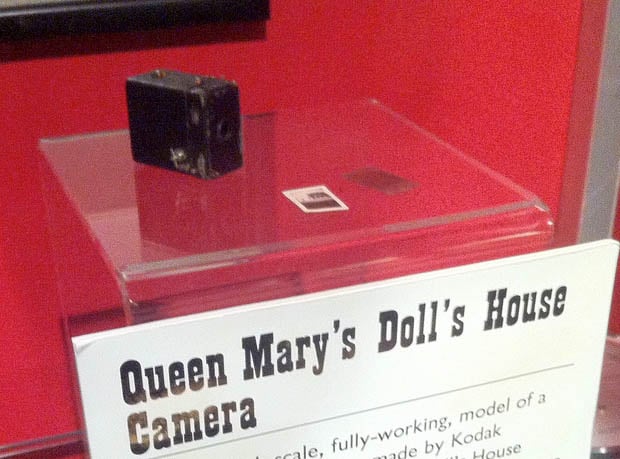 If you ever get a chance to visit the National Media Museum in Bradford, West Yorkshire, England, be sure to check out the Kodak history area, which contains various Kodak cameras that appeared in the history of photography. One of the exhibits is the “Queen Mary’s Doll’s House Camera,” an amazing 1/8th-scale replica of an old Kodak 2C Brownie. As if the detail of the camera weren’t enough, here’s the kicker: the model is actually a fully functional camera!

As you can see in the photo above, taken by Julian Dyer when he visited the museum in July 2012, the camera is displayed next to a tiny negative and a tiny print created with it. It “must be the smallest working Brownie camera in the world,” Dyer writes.

Here’s a closer look at the set: 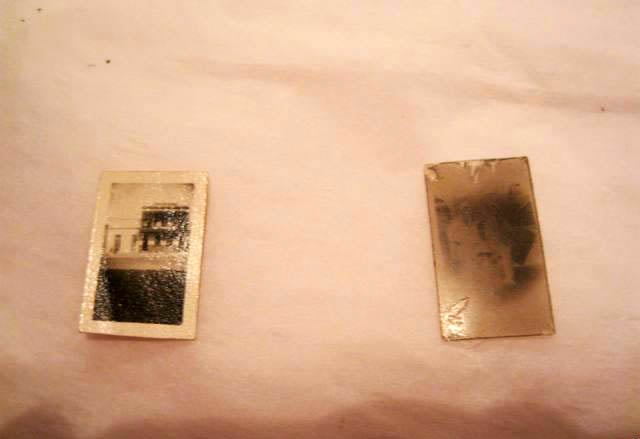 Want to see exactly how small a 1/8th scale replica camera is? Here’s a photo illustration we created that’ll give you an idea of the size: 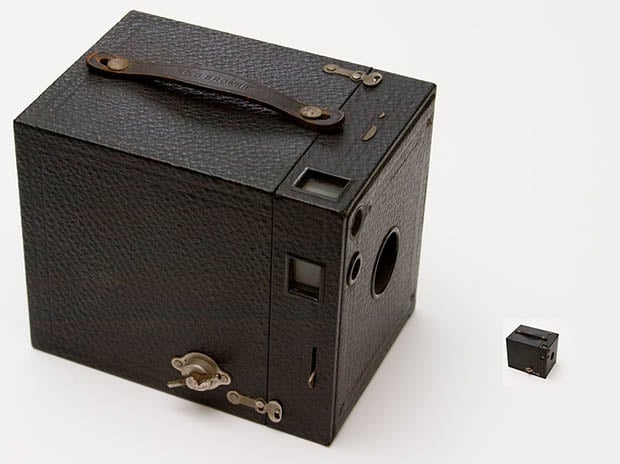 Here’s what it looks like when held in the hand (the camera is small enough to fit inside a matchbox): 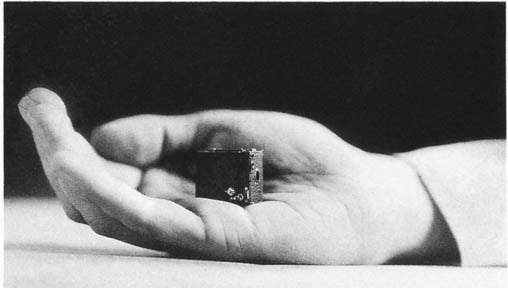 So why was such a tiny camera create in the first place? Answer: for a queen.

This tiny 2C Brownie and a separate Kodak Autographic No 3A were specially created by Kodak for Queen Mary’s Dolls’ House, a highly realistic 3-foot-tall dollhouse that was created at 1/12th scale.

It was built in the early 1920s for Queen Mary, the wife of King George V in the United Kingdom. The top artists and craftsmen in the UK were hired to create a collection of miniature objects that actually work like their larger, life-sized counterparts.

Here are a couple photographs showing the exterior and interior of the dollhouse, which is currently on display at Windsor Castle: 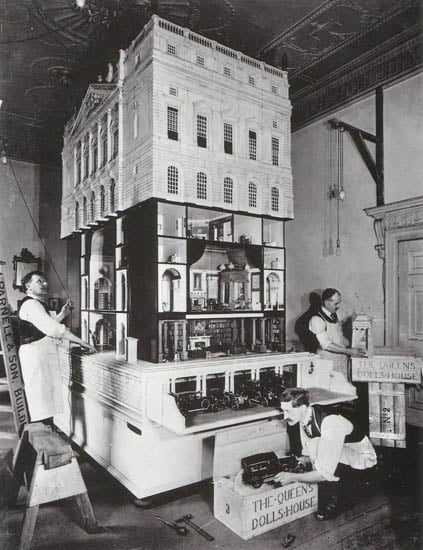 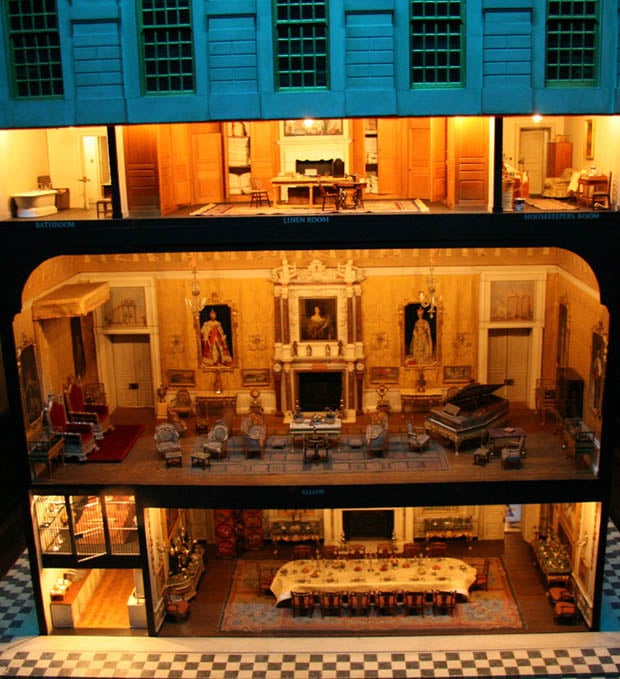 An interesting fact found on the museum’s website is that the miniature Kodak 2C wasn’t actually displayed in the Queen’s dollhouse after it was finished. The reason was because the camera was an entry-level piece of gear that was designed for ordinary folk — something “too humble for so grand a mansion.”

If you’re a king or queen and are looking for a similar product for your ultra-fancy modern dollhouse, check out the CHOBi CAM ONE.

(via DSLR Magazine via The Phoblographer)

They Get Younger All the Time: Meet Fuji, the 3-Year-Old Photographer