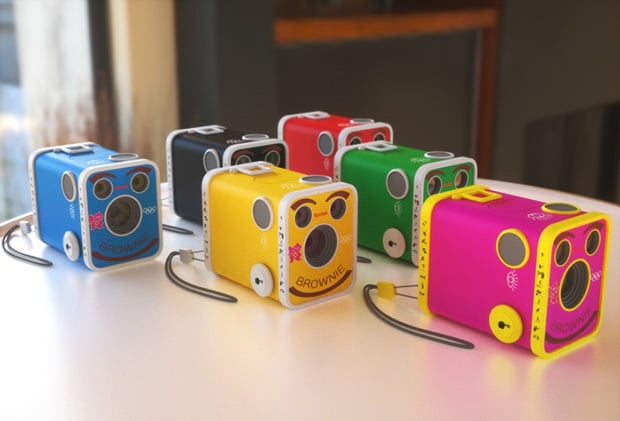 After researching the history of the Brownie I realised that Kodak often made special edition Brownies for major events such as World Fairs or anniversaries. Being from London, I chose to design a Brownie for the upcoming 2012 Olympic games.

The only control on the camera is the shutter button, and it has three lenses — two for the viewfinders and one for the actual exposure. Rather than looking at an LCD screen or pressing a viewfinder to your face, you gaze into one of the two viewfinders from above depending on whether you’re shooting a landscape or portrait image.

What do you think of this design? Would you enjoy it as a novel “toy” digital camera?