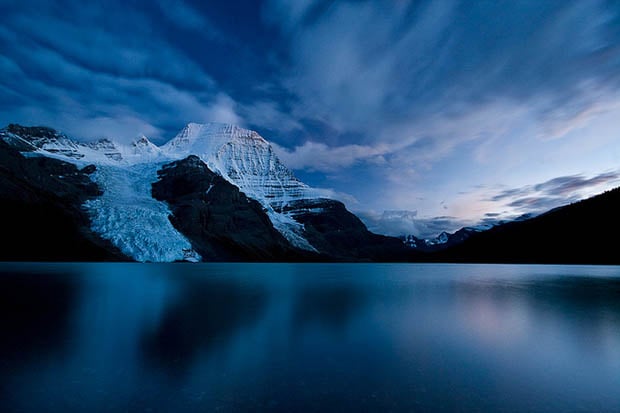 It seems the perfect storm of affordable cameras, constant updates in technology, and adventurous artists has hit us and brought with it a large wave of time lapses. I’m not sure when time lapses really became as popular as they are right now but they show no sign of slowing down anytime soon.

After perusing the multiple Vimeo channels and thousands of YouTube videos dedicated to time lapses you might find yourself like I did, wanting to try to do a time lapse yourself. There are dozens of tutorials out there for you to follow (one of my favorites being this one for it’s straightforward and simplistic approach that will get you started immediately) so you don’t really need me to explain it again.

What I would like to do is cover a few subjects nobody talked to me about before I attempted to shoot a time lapse. Subjects that are not too far beyond a beginner’s comprehension but that will also help push your time lapse beyond the amateur level…hopefully.

One of the first decisions you’ll have to make is whether to shoot JPG or RAW. Really the only advantage to shooting JPG is that the files are smaller and thus you can cram more photos onto a single card. This may seem like a huge advantage when one of your main goals is to interact with the camera as little as possible, however I’ve had to switch cards several times during a time lapse and as long as I was careful I never encountered any excess movement as a result.

So really, to me, the only reason you should ever shoot JPG is if you’re just shooting a quick test to see if your time lapse idea will work. Otherwise shooting your time lapse in RAW is the way to go. You may have to switch cards at some point and rendering the final video out will take longer but in the end it’ll payoff with what you see on screen.

Shooting in RAW, while providing a lot of versatility, can also be trickier to get down. I recommend the tutorial above that I’ve used to guide me through the process a number of times.

This is kind of a given. Honestly I only include this in case you find yourself in a position where you don’t have your intervalometer with you and are considering trying to shoot a time lapse anyway. Don’t bother. I’ve been there.

I got all the way to the top of a mountain in Telluride, CO to shoot a time lapse of the sun setting only to have the supposedly “brand new” battery for my intervalometer die immediately. This was my last night in Telluride and by the time I located a shop in the small town that had a battery the sun would have already set. So I said screw it and tried to shoot it by hand. The video below is the result and clearly kind of sucks (it doesn’t help that this was just a quick test with unedited photos that aren’t properly formatted):

Now, I could have tried to smooth the video out with some sort of software in post but with that level of shake occurring it still would have likely been unusable.

Another quick note on Intervalometers, my experience has been that the biggest difference between the name brand and the cheap Chinese knock off is the name printed on the device. Consider saving yourself $80 and trying the generic brand. But maybe replace the batteries first…

The main thing you can do in camera to avoid flicker is shoot in Manual mode. Now obviously sometimes that’s not an option, like if you’re shooting day to night and vice verse.

If this is the case and you’re shooting in Aperture Priority Mode or something like that then your main goal is to make sure it’s at least getting an accurate reading with every photo. What a lot of people don’t realize is this reading can be thrown off by the light entering through the viewfinder that’s usually covered by your eye. Except now that you’re letting the intervalometer do the shooting there’s nothing there to cover it.

This can be solved two ways, covering the viewfinder with the eyepiece cover often found on the strap that came with the camera (it’s that little plastic thing you never even realized was a thing until now) or with gaffers tape if you’ve lost the cover/strap, or you can shoot with the LCD screen on which effectively covers the viewfinder internally. I wouldn’t recommend going that route unless you’re shooting a really short time lapse though as it will be a severe drain on the battery.

No matter your level of precaution there’s still likely to be a little flicker. So once you’re done with your time lapse you’ll need to use one of several programs available to deflicker the time lapse. I recommend LR Timelapse which is great software in general for time lapses but especially shines with their deflicker feature and extensive tutorial on how to use it.

If you don’t want to get that crazy at least try doing something to make it a little interesting. Even if it’s a little something more down to earth like using a plug-in to make something look dreamy or like a faux-tilt shift. I’m a big fan of Magic Bullet for this reason, just check out what it can do.

Now this was a quick time lapse done by Philip Bloom simply to show the power of Magic Bullet on your time lapse. Just imagine when this is applied to you star filled sky over the lake with the mountain in the background! Then you’ll have something truly amazing to post to Vimeo.