Creating time-slices (better known as the bullet time effect) where you freeze a moment in time and move around your subject is an expensive thing. It’s expensive mainly because it requires that you have several cameras at your disposal.

Photographer Jeremiah Warren didn’t have multiple cameras, but he did have a ceiling fan, a two-by-four and a GoPro Hero3, so he built a makeshift “bullet time” DIY rig and made do. 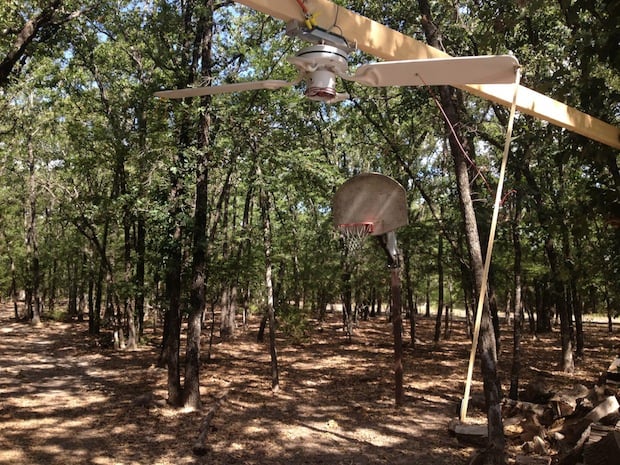 We put bullet time in quotes because Warren didn’t actually freeze the action. Using the camera, he basically shot 240fps high-speed footage while the ceiling fan swung the camera around him. The effect was still pretty cool though, and makes for a great “poor man’s bullet time” if you will.

Here’s the footage he shot with the DIY rig:

For you DIYers out there who would like to try this out, the rig itself would be fairly easy to build at home. What you need is a ceiling fan, a GoPro, a two-by-six (Warren suggests it instead of the two-by-four), and a piece of wood and a hinge to attach your GoPro to the fan.

First you attach the fan to something (in this case, a tree) using the two-by-six. Then you wire it up to a control box, hooking up the three fan and ground wires and leaving the light wire alone. Your control box then gets hooked up to your power source. 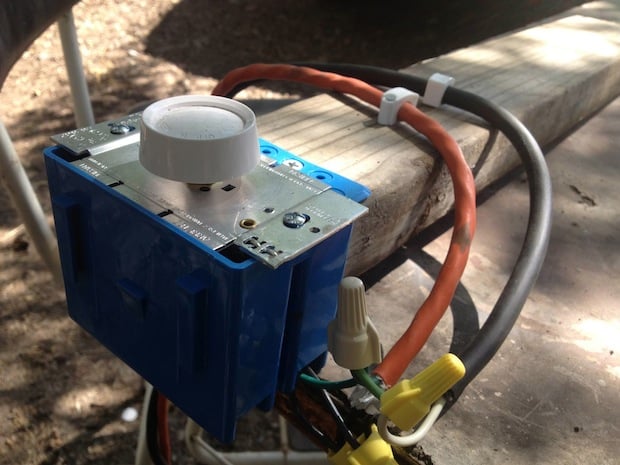 At this point you should have a spinning fan, but no attached GoPro. To finish everything up, just attach your GoPro to a piece of wood (Warren used some 1-inch pine wood) using a stick mount, and attach the piece of wood to your fan using the hinge.

When the fan spins, the centrifugal force will move the GoPro out as it spins around you. Set it to shoot at 240fps and you’re set to take some bullet time-like footage of whatever can fit inside the circle created by the spinning fan — just make sure you don’t smack into your GoPro as it swings around you. 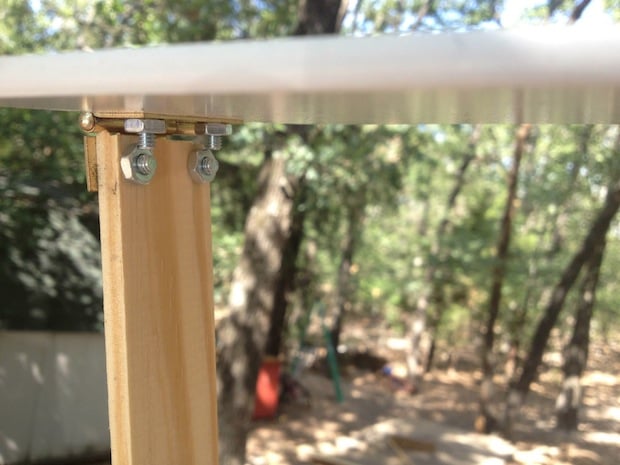 Including the cost of the fan, the whole set up cost Warren about $95 (give or take). To see a few more bullet time examples or read the instructions from the man himself, head over to Warren’s blog by clicking here.

Image credits: Photographs by Jeremiah Warren and used with permission.

Do It Yourself, Walkthroughs
bullettime, creative, DIY, doityourself, gopro, idea, jeremiahwarren, timeslice
Related Articles
Discussion
Trending Articles
Blood Moon, Aurora, and Milky Way Captured in One Photo
May 19, 2022
Wedding Photographer Tells Couple to Act Drunk, Gets Amazing Portraits
May 20, 2022
The Science Behind Why Watches are Set to 10:10 in Advertising Photos
May 17, 2022
You Are Still a Photographer, Even If No One Likes Your Images
May 21, 2022
Photographer Builds Giant Camera and Darkroom Bus
11 hours ago